Aligarh: 19-Year-Old Girl Arrested For Throwing Acid On Boyfriend Who Refused To Marry Her 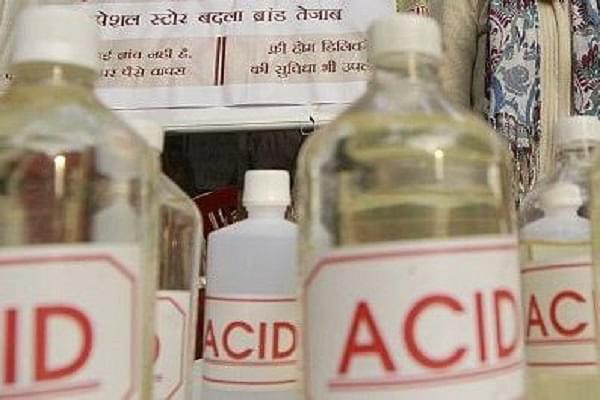 In Aligarh’s Jeevangarh area the Police have arrested a 19-year-old girl for allegedly throwing acid on her boyfriend who refused to marry her, reported Times of India.

The victims father filed a complaint against the girl and on that basis an FIR has been registered against the girl under section 326 A (voluntarily causing grievous hurt by use of acid) of IPC.

Additionally, the victim’s mother was reported saying that her son and the girl were in a relationship, but they stopped talking over a month ago. She also added that the girl was constantly harassing her son by frequent calls, pressurising him to marry her. On the day of the incident, 24 October, as well the boy did not pick up her call and infuriated by this, she threw acid on him when he was standing at a shop near his house.

The girl, however, alleged that she was being threatened by the boy who was going to release their intimate pictures on internet, unless she marries him.