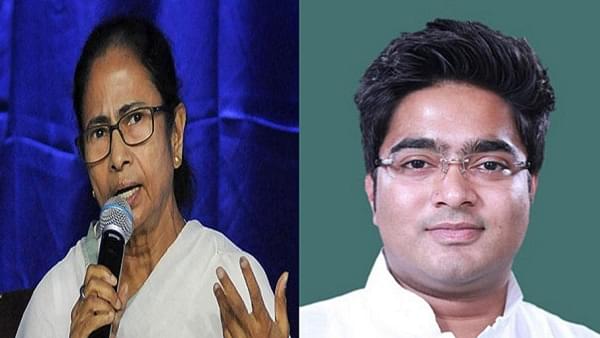 Bailed out on Sunday (20 October) after two days in police custody, Congress spokesman Sanmoy Bandopadhyay alleged that he was subjected to "inhuman torture" and was not allowed to drink a drop of water for 14 hours, claiming that everything was done on the instruction of "pishi" (aunt) and "bhaipo" (nephew) as he had been speaking out against the rule of the "jungle" they have established.

Though Bandopadhyay did not name anybody, it was apparent that he was referring to Chief Minister Mamata Banerjee and her nephew Abhishek Banerjee, an MP and youth leader, whom many consider the Trinamool supremo's heir apparent.

Bandopadhyay was taken away by police personnel from his Agarpara residence in 24 Parganas North district on Thursday and arrested on various charges, including forgery, defamation and intent to provoke breach of the peace, after criticising Banerjee and the ruling Trinamool Congress through video posts on the social media.

"From 7:30 p.m. to 4:40 a.m. I was subjected to inhuman torture... The upper part of my body was without clothes. I was only in my pyjamas. I was dragged. They rained 40-50 blows on me," said the journalist-turned-politician, who since June had been posting daily videos on his YouTube channel 'Banglar Barta', sharply critical of the government, senior bureaucrats and police officers.