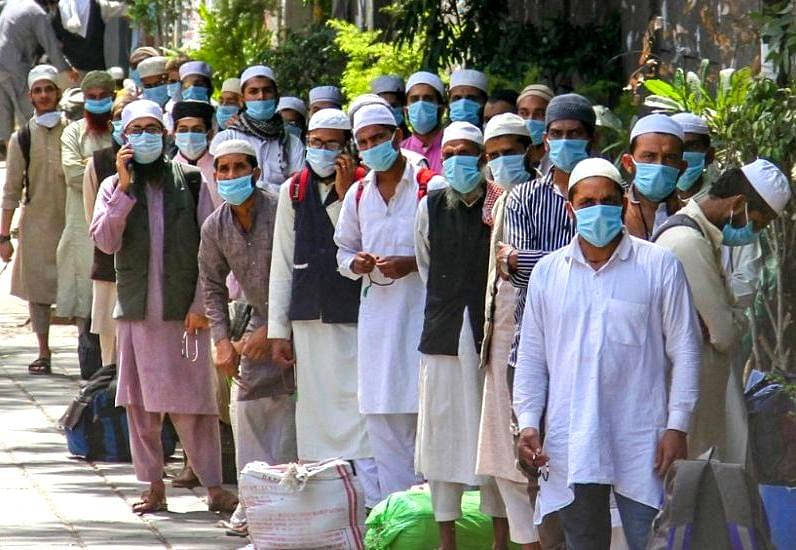 An Allahabad University (AU) professor and 29 others, including 16 foreign nationals, have been arrested for hiding travel history and violating travel norms.

Among those arrested on Monday night are seven from Indonesia, nine from Thailand and one each form Kerala and Bengal. Caretakers of Abdullah mosque in Shahganj and Hera masjid in Kareli have also been arrested.

Professor Shahid Mohammed of AU, along with others had attended the Tablighi Jamaat meet in Delhi and even made arrangements for the stay of other Jamaatis in Prayagraj.

However, the professor did not inform the police about his presence at the Markaz in Delhi and had been quarantined with his family at a guest house in Kareli area since April 9.

An FIR had also been registered against him at Shivkuti police station for concealing his travel history from police.

According to police, the professor is a resident of Rasoolabad area of the city and had also visited Ethiopia few months back.

When he returned to New Delhi, he attended the Tablighi Jamaat at Nizammuddin Markaz from March 6 to 10.

He came back to Allahabad on March 11 and was assigned invigilator''s duty during annual exams from March 12-16. He was on duty in an examination hall, where around 150 students were taking the examination for five days.

On receiving information, SP (city) Brijesh Kumar Srivastava and his team reached the professor''s house and after confirming his travel history, the family was taken to a guest house at Kareli, where a medical team collected their throat and nasal swab samples for testing.

SSP (Prayagraj) Satyarth Aniruddha Pankaj sai:, "We are identifying the students and faculty members who came in contact with the professor. We will also contact the other family members of professor and those who met him after he returned from Delhi."

The man''s elder brother, who works in AU administration, lives in the house next door.

According to reports, the professor has been associated with Tablighi Jamaat for long and had visited several countries while serving on many high posts of the organization.