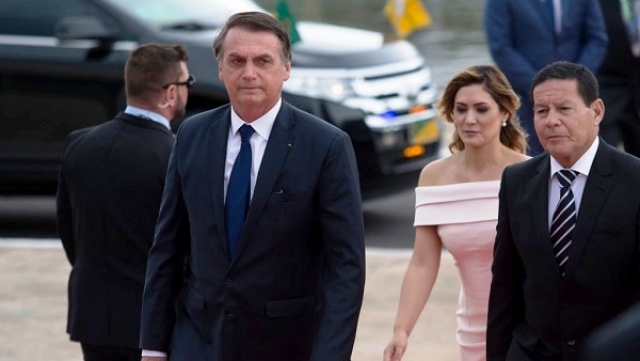 The diplomatic row over raging forest fires in the Amazon rainforests escalated as the Brazilian President Jair Bolsonaro said that his country will accept a proposed G7 grant to fight the calamity only if French President Emmanuel Macron withdraws his past comments, Tribune reports.

“To talk or accept anything from France, with the best possible intentions, he has to withdraw these words, and from there we can talk,” Bolsonaro said after Macron slammed Bolsonaro for ‘extraordinarily rude’ comments on his wife Brigitte Macron.

“Do not humiliate the guy, ha ha” the Brazilian President had commented on a Facebook picture of Bridgette Macron put up by a Brazalian supporter of Bolsonaro.

“We have nothing against the G7. We have something against one of the G7’s presidents,” Bolsonaro said reacting to the French leader’s comments.