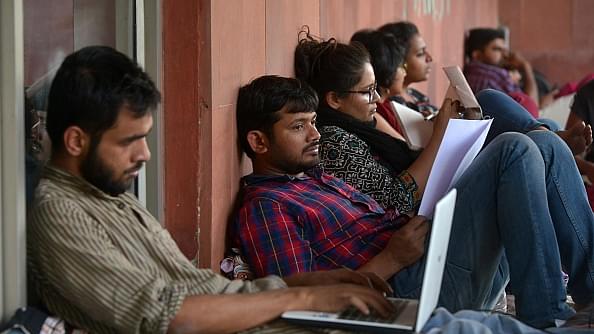 In a major setback for the former president of the Jawaharlal Nehru University Students Union (JNUSU) Kanhaiya Kumar, Chief Minister (CM) Arvind Kejriwal led Delhi Government has given its consent to the Delhi Police to prosecute the former in connection with a four-years-old sedition case, reports Hindu Businessline.

The development was made public by Aam Aadmi Party (AAP) MLA and spokesperson Raghav Chadha who said that the Law Department of the Delhi government has given its opinion on this matter to the Home Department after due diligence.

Delhi unit chief of the Bharatiya Janata Party (BJP) Manoj Tiwari welcomed the development and said, "Keeping current political situation in mind, Chief Minister Kejriwal has finally given sanction prosecute Kanhaiya Kumar. We welcome the decision. We have been demanding (this)... let the law take its own course."

The development has been announced merely days after CM Kejriwal had said on 19 February that he will ask the concerned department of his Government to take the decision in the matter in an expeditious manner.

On 14 January, the police had filed a charge sheet against Kanhaiya and others, including former Jawaharlal Nehru University (JNU) students Umar Khalid and Anirban Bhattacharya. It should be noted that Anti national slogans were raised in the JNU campus on 9 February 2016.