Amid Unrest In Kashmir, Government To Deploy NSG Commandos For Counter-Terror Operations 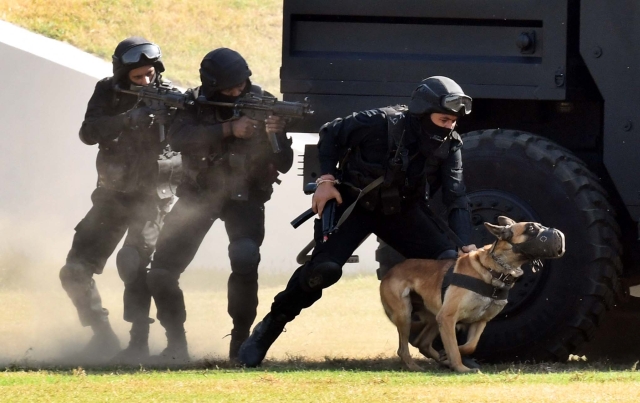 Amid ongoing protests in Kashmir against counter-insurgency operations, the Modi government has given its approval for the deployment of National Security Guards (NSG) commandos to the Valley, Hindustan Times has reported.

According to officials, the decision has been taken as the NSG is better equipped and trained to handle counter-terror operations in densely populated areas. The NSG will undertake high-risk house intervention operations, which involve flushing out terrorists and suicide attackers holed up in populated areas.

While the Central Reserve Police Force conducts such operations, the Army does not. To flush out terrorists holed up in buildings and refusing to surrender, the Army mostly brings down the building. This method is employed to prevent civilian deaths.

The NSG will put to use smart weapons, such as “through the wall” radars, sniper rifles and the corner shot assault weapons, to deal with such situations.

Apart from participating in operations against terrorists, the elite commando force will also train both the Jammu and Kashmir Police and the CRPF.