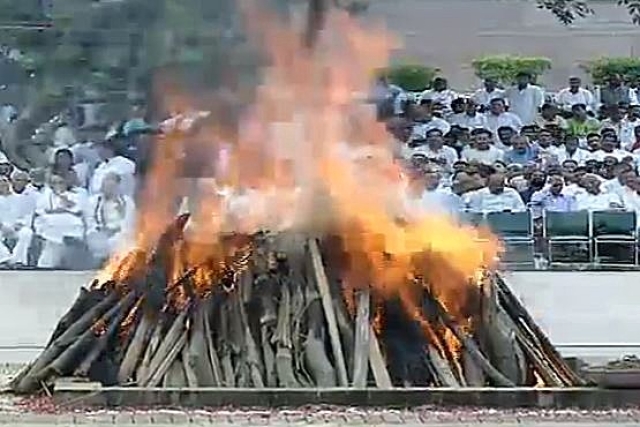 The last rites of former prime minister Atal Bihari Vajpayee drew to its conclusion after his funeral pyre was lit by his foster daughter Namita Bhattacharya, surrounded by his family members. He was cremated full state honours at the Smriti Sthal in New Delhi.

The final rites were preceded by a gun salute before which the tricolour wrapped around his body was handed over to his granddaughter Niharika.

Earlier, his final journey from the BJP headquarters to the Smriti Sthal saw a sea of mourners accompanying him to pay their last respects. This journey also notably saw Modi and Shah opting to walk the entire 4 km stretch on foot. It was speculated that about 5 lakh people participated in the proceedings.

Vajpayee has been hailed as a visionary who via his key decisions transformed various sectors like civil aviation, energy, finance, infrastructure and telecom.