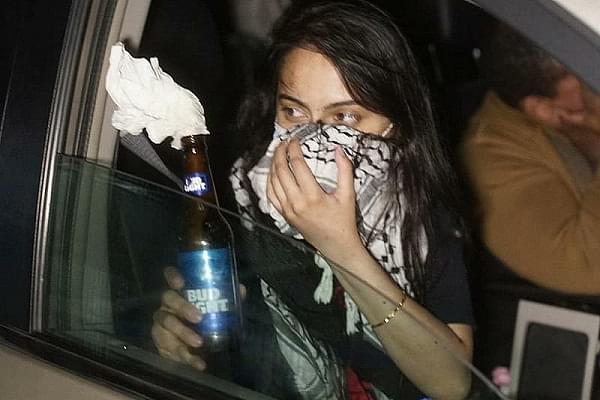 Pakistani-American lawyer Urooj Rahman who has been charged with throwing a Molotov cocktail into a New York Police Department (NYPD) van was granted bail on the guarantee of a former intelligence analyst who worked under the erstwhile Barack Obama administration, News York Post has reported.

The analyst identified as Salmah Rizvi called Rahman her “best friend” while appearing before a judge to become her suretor. Rizvi works as a lawyer in the prestigious firm Ropes & Gray.

Earlier, Rizvi had worked in the State and Defence departments during the Obama administration from 2008 to 2013 and was involved in “sanctioned finance operations”.

Urooj Rahman, a Pakistanti-American human rights lawyer and Colinford Mattis, a 32-year-old Princeton educated corporate attorney at Manhattan firm Pryor Cashman, were charged with one count of causing damage by fire and explosives to a police vehicle, and face up to 20 years in prison if convicted.

Rahman threw a chemical filled bomb into an empty police cruiser that was parked outside the 88th Precinct station house in Fort Greene, Brooklyn. As the mixture set ablaze car console aflame She then jumped into a van that Mattis was driving and together they sped away.