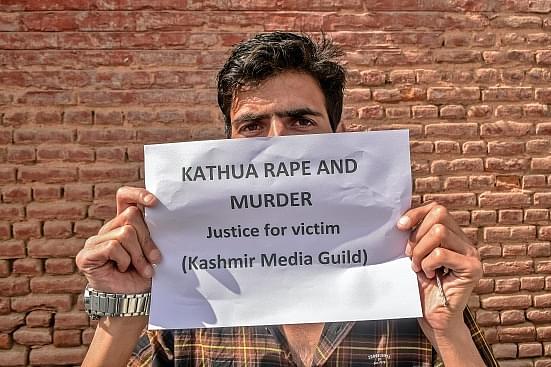 On June 24, a new story published by the Press Trust Of India (PTI) and carried by several other publications claimed an important development in the Kathua rape case, where an eight-year-old girl was allegedly kidnapped, raped and killed with a motive to drive her community out of a Hindu residential area.

The report said that “According to the medical opinion received recently by the crime branch, the doctors said the tablet given to the eight-year-old girl could have pushed her into a state of shock or coma (loss of consciousness).”

The report, that cites no sources, claimed that the crime branch had asked medical experts for their opinion on the plausible effect of the medicine on an eight-year-old girl with an empty stomach. This came after the lawyers defending the accused said that it was virtually impossible that the girl could not have cried for help when such a reported brutal attack was happening on her.

However, the crime branch has told The Tribune that there have got no such report as mentioned in the PTI report.

“We don’t have any such report,” Ramesh Kumar Jalla, Senior Superintendent of Police, Crime Branch, Jammu, has told The Tribune.

This raises serious questions on the veracity of the PTI report.

The defence counsels in the case say they are now planning to approach the Supreme Court against PTI and its editor Sameer Koul seeking penal action against what they say is a “planted” story. As per defence counsel Ankur Sharma, PTI has published such “false” stories in the past too.

“There was a story that ‘Mufti writes to J&K HC chief justice for setting up fast track court’, but no such letter was ever written by the CM,” he said.