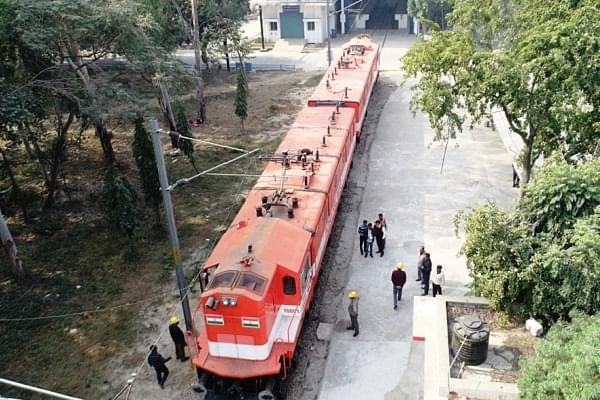 A 12,000 horsepower converted electric locomotive has been rolled out by Varanasi’s Diesel Locomotive Works (DLW) for Indian Railways, making it the first of its kind in the world. Two diesel locomotives have been combined to produce the new locomotive.

The loco has been sent to Tughlakabad electric logo shed for the testing, a spokesperson from DLW announced on Monday (7 January).

DLW’s chief public relations officer Nitin Mehrotra was quoted by Economic Times as saying, “This freight engine has been designed for 105-km/hour speed and weighs 252 tons. It is equipped with a three-phase induction motor, four power converters and regenerative as well as a pneumatic braking system.”

Furthermore, he added that two WDG-4 diesel locos of 4,000 HP have been successfully converted to produce a new 12,000 HP WAG-11 electric engine.

Engineers from Research Designs and Standards Organisation and Chittaranjan Locomotive Works came together to achieve this feat.

It was earlier reported that Indian Railways had converted a WDG3-class diesel locomotive into a cheaper and more efficient electric variant.