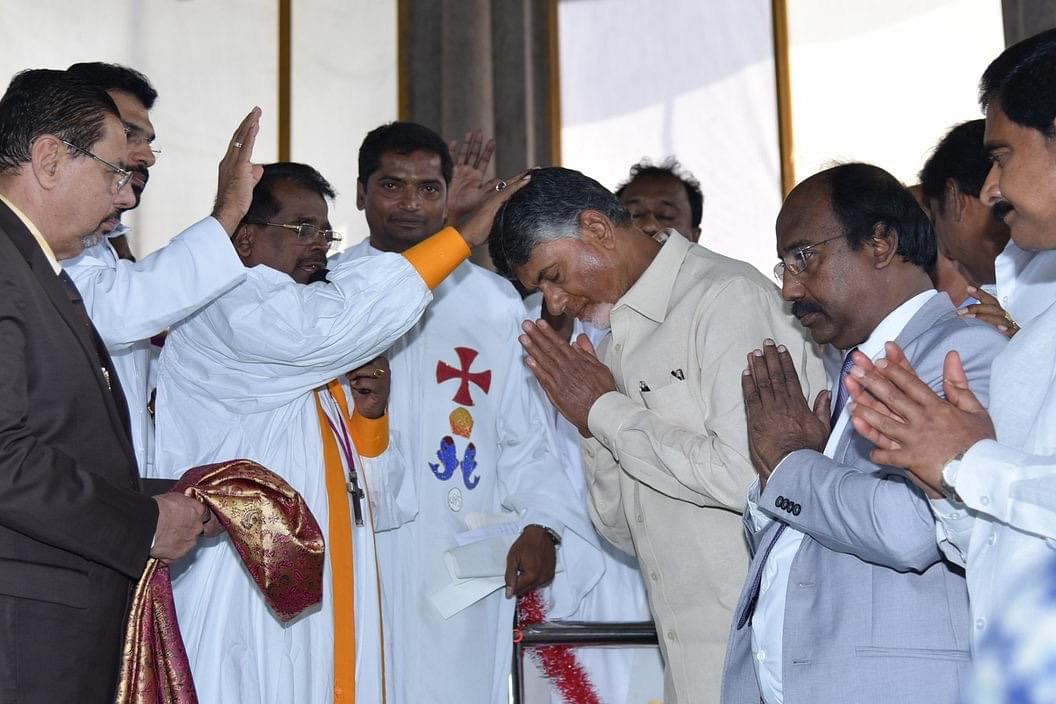 Naidu participated in the Christmas celebrations in CSI St Pauls Basilica Church, Vijayawada, by reciting verses and taking part in the cake-cutting function. He announced Rs 1.5 crore financial aid to the Church and extended government support for completion of various church-related works.

He announced a hike in Jerusalem pilgrimage from Rs 40,000 to Rs 75,000 stating that a large number of Christians go to Jerusalem to see the birthplace of Jesus Christ.

He “praised” the works of Christian missionaries in the fields of education and health, saying that a “lot of famous people” in Krishna and Guntur districts have studied in missionary-run educational institutions. He recalled that TDP founder N T Rama Rao too studied in Guntur’s Andhra Christian College.

He recalled his previous promises of allocating Rs 100 crores for burial grounds, SC status for Dalit Christians and building Christian Bhavan in Guntur worth Rs 10 crore.

He stated the example of how a Christian, Sir Arthur Cotton, had done “excellent service” to the people of Delta region by constructing the Dowleswaram Bridge on river Godavari.

He concluded that he was “delighted” to participate in the Christmas celebrations in CSI Church in Vijayawada. Naidu said the devotees get “energy” by joining in prayers and find answers to “all questions” in the Bible.