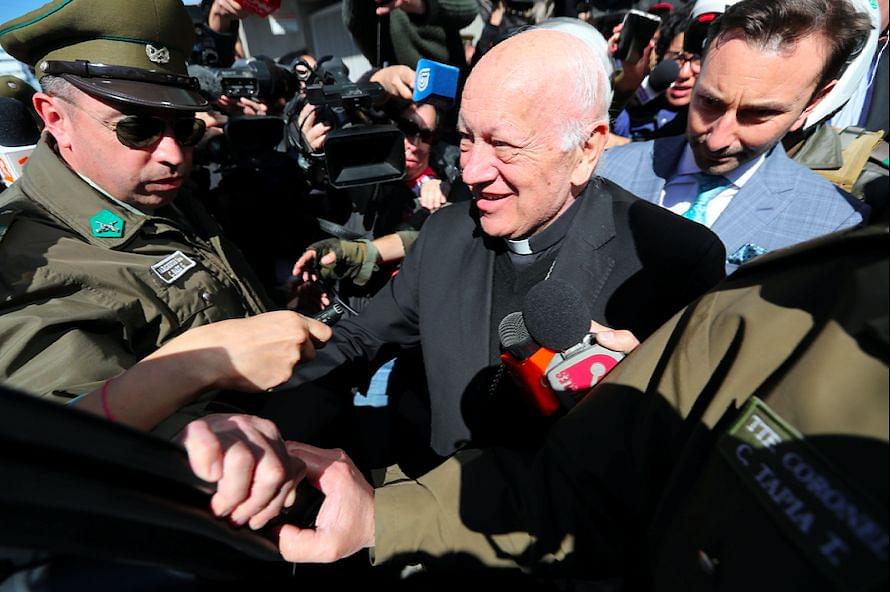 Pope Francis accepted the resignation of Chilean cardinal Ricardo Ezzati, who agreed to step down after being accused of covering up sexual abuse by priests, on Saturday (23 March), the Vatican said, Business Standard has reported.

According to the report, Ezzati, archbishop of Santiago, is the seventh senior church official in Chile to resign over the scandal. However, 77 year-old Ezzati has, to date, insisted that he is innocent.

He has promised the authorities to cooperate with the investigation into his activities if they clear him first.

"It's not enough for to say, 'You're an accomplice.' It needs to be proven. And I am going forward with my head held high," Ezzati was quoted as saying in a declaration to Chilean media.

Along with all of the Chile’s 34 bishops, Ezzati has presented his resignation to the pope in May 2018. However, the pope has only accepted seven of the resignations so far.

The move by Vatican comes just days after Australian Cardinal George Pell, formerly a senior advisor to Pope Francis, was sentenced to six years in prison for sexually abusing two choir boys in Australia in the late 1990s.