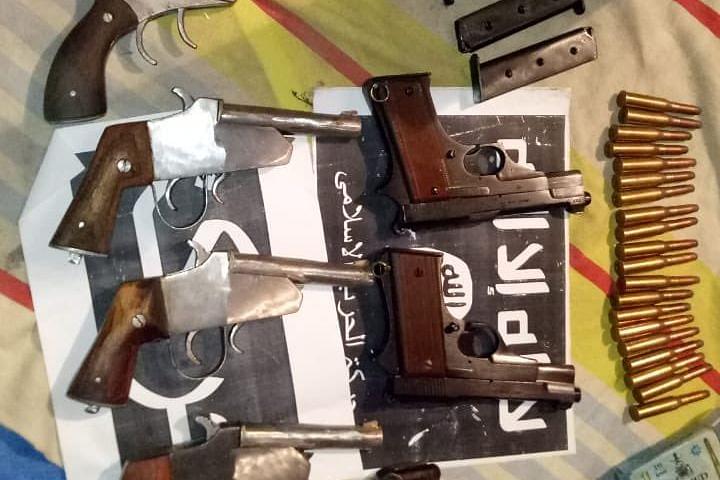 To end the proliferation of illegal weapons across India, the Central government has started the process to make amendments to Arms Act 1959.

"Arms manufactured in China are being smuggled into India for use by banned insurgent groups in the Northeast. Pakistan-based terror organisations are also smuggling illegal weapons into the country from across the Line of Control," Home Ministry sources told IANS.

The Arms Act 1959 replaced the Indian Arms Act, 1878. Last month, the Ministry wrote to all the states seeking their responses on the amendments needed in various sections of Arms Act 1959. "It was much needed," said a senior MHA official.

"We plan harsher punishment to stop illegal arms smuggling into the country," said the officer detailing the changes under consideration in the Act.

According to the officer, if an "accused is a repeat offender or more than two people are in possession of illegal arms and ammunition, they should be booked under MCOCA (Maharashtra Control of Organised Crime Act, 1999 enacted by Maharashtra to combat organised crime and terrorism)".

Further, the Ministry is looking to stop pilferage of ammunition from arms shops as well as the country's 41 ordnance factories. The amended Act will have a provision for accounting and inspection of arms at all the registered arms shops.

According to the National Crime Records Bureau (NCRB), illegal weapons were used in 3,453 murders in the country in 2016, and the law enforcement agencies seized 55,660 illegal weapons and a total of 1,06,900 ammunition from across India that year.

Retired IPS officer Prakash Singh, who has served as the director-general of two state police forces, told IANS, "Smuggling of weapons is becoming a very serious problem and the entire Northeast insurgency is being supported with smuggled illegal arms."

"A lot of these weapons are manufactured at the China North Industries (NORINCO) in China's Yunnan province and smuggled into the northeastern states of India," Singh said.

"In a number of cases, the banned National Socialist Council of Nagaland (NSCN-IM) bought these weapons and resold these to smaller factions," said Singh, adding that the provision for smuggling of weapons should become more stringent and "use of MCOCA is be perfectly justified."

Last week, Pakistan-based militants of the Khalistan Zindabad Force (KZF) used four drones to drop arms and ammunition in Punjab's Tarn Taran and neighbouring areas. The GPS-fitted drones, which were capable of lifting weight up to 10 kg, flew in from Pakistan seven to eight times to airdrop the cache of arms, ammunition and fake currency.