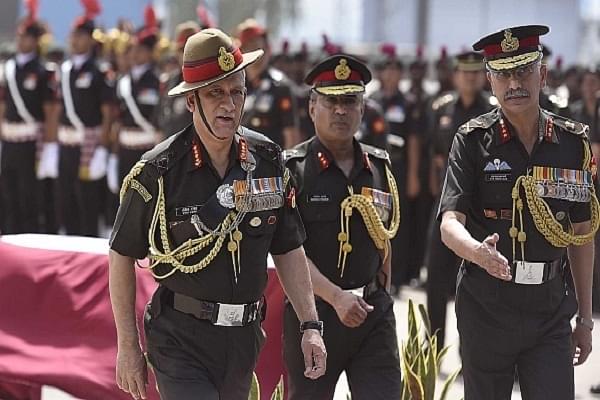 After beginning four studies in 2018 to study the optimisation and revamp of its organisational setup, the Indian Army is all set to effect major changes in the structure of officer postings at the Army Headquarters (HQ) in Delhi, reports The New Indian Express.

The changes are intended to trim down the number of officers who are currently posted at Army HQ, so that they may be freed up for deployment in field areas. The proposal for restructuring is that the number of officers posted at the HQ in Delhi be reduced from the current strength of 1,332 officers (a number which includes the Chief of Army Staff) to 1,203 officers, thus allowing some 129 young officers to be deployed to the field.

The biggest reduction of officers will take place in the Information System Directorate, which is involved in improving and maintaining the internet capabilities of the army. The number of officers in this directorate will go down from 94 to 50.

On the other hand, some departments will also see an increase in their number of officers, a new post of Deputy Chief of Army Staff is in the works to supervise military operations, military intelligence and operational logistics.