As The World Races Towards An Electric Future, China Takes The Lead In Producing Batteries 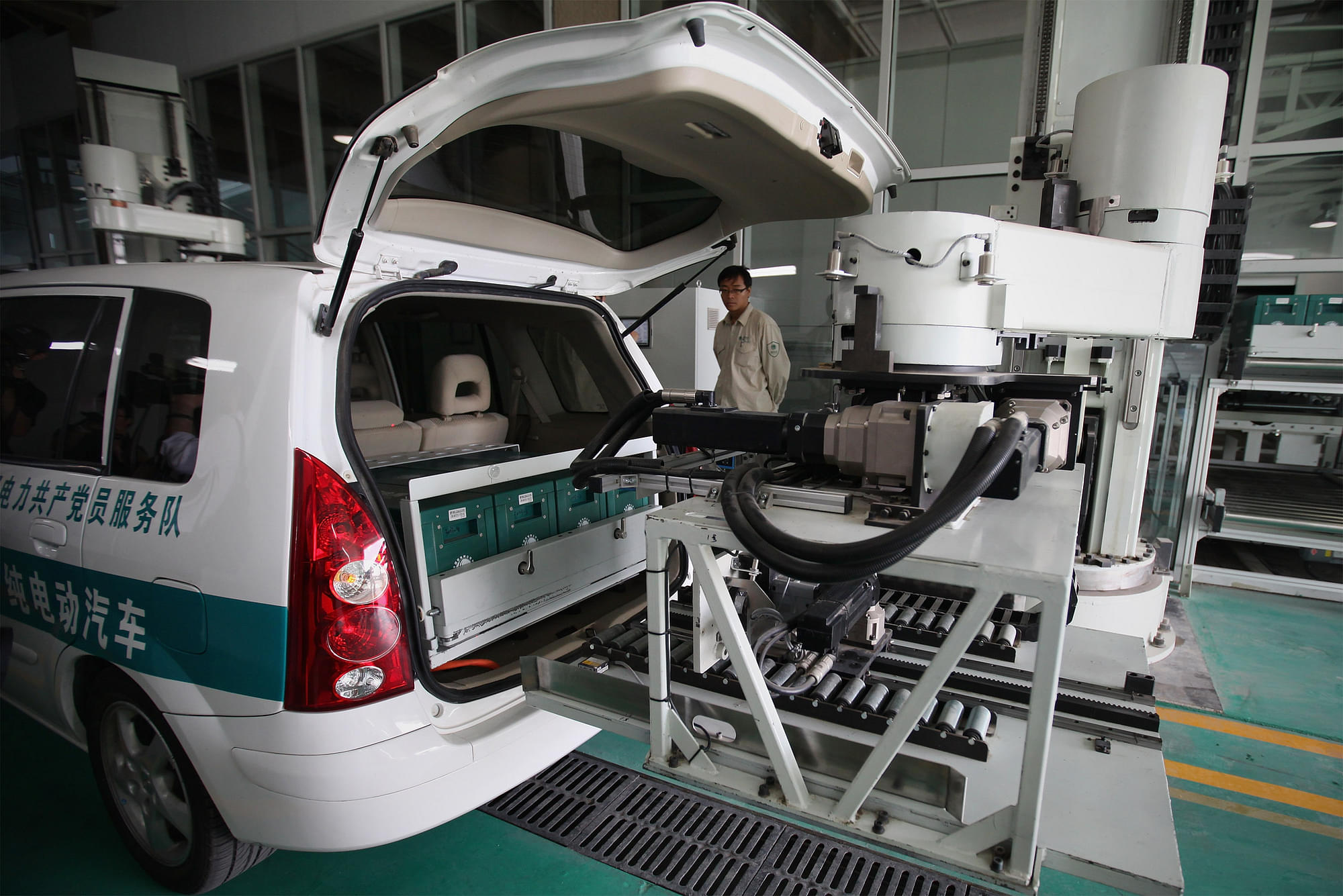 A Chinese worker looks on as a robot changes an electric car’s batteries. (Feng Li via Getty Images)

If there’s one future prediction that won’t readily split opinions, it would probably be the demise of fossil fuels as the biggest source of energy for mankind in the near future. China seems to have understood that - and moved to secure its place in the new battery powered world.

Improvement in battery technology is fundamentally changing the world, with more and more countries trying to move away from fossil fuels and relying on alternate energy sources that rely on such batteries for uninterrupted power. Cars are going electric too, completely relying on the newer, better batteries to power them. And in its resolve to stay at the forefront of this emerging tech, China is already the biggest market for electric cars in the world.

China already leads the world in rechargeable Lithium-ion (Li-ion) battery production, hosting more than 50 per cent of the world’s capacity, the Wall Street Journal has reported.

However, raw Cobalt, essential for the production of the batteries is sourced from Congo, which produces 54 per cent of the world’s cobalt. And this is where China holds a staggering lead over all the other countries. China imported $1.2 billion worth of cobalt from Congo till September 2017, pushing India at $3.2 million to a distant second.

As the world slowly wakes to the promise of Li-ion batteries, China has already locked up the supply lines originating from Congo. The cobalt is sourced through locals who sell it to wholesale shops controlled by Chinese traders and shipped off to China to be mass produced into processed batteries. Chinese industry is now trying to control the whole ecosystem.

While Congo plays the part of Gulf nations did during the oil boom, Chinese focus is abundantly clear. The Chinese State Reserve Bureau already holds 15 days of global cobalt supply as its emergency stockpile, as compared with the three days of global crude supply in the Chinese reserves.

As China moves to capture the battery industry after its successful takeover of solar panel production earlier in the decade, the Indian effort is nowhere in view. Although India is in the process of formulating its Electric Vehicle policy now, China had declared electric vehicles as one of seven “strategic emerging industries” way back in 2011. Sadly, even in this newest frontier, India only seems to be playing catch-up.