As UP Elections Enter Purvanchal, Upbeat Mumbai BJP Leaders Head For Campaigning In UP 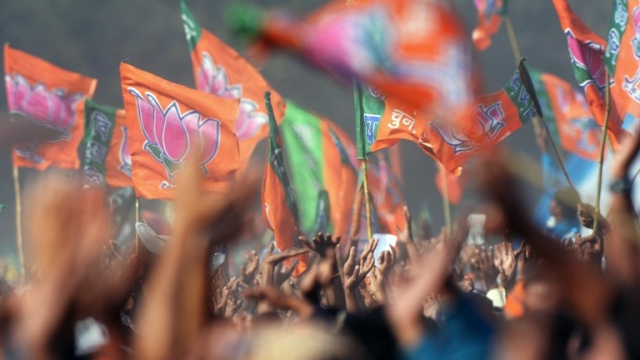 Hoping to recreate the Maharashtra magic, Bharatiya Janata Party (BJP) leaders from the state are set to hit the campaign trail in Uttar Pradesh (UP), where the last leg of assembly elections are due in March. A 30-member group of party leaders from the city unit are set to participate in the UP campaign following the BJP’s impressive performance in the Maharashtra civic elections including in the Brihanmumbai Municipal Corporation (BMC).

General secretary of the city BJP, Amarjeet Mishra, said, “After Mumbai and Maharashtra, it’s now UP. We are going to convince our brothers and sisters in UP to vote for BJP which is the only hope for development in the country.” These leaders and workers would canvass mostly in districts and tehsils of high-stakes Purvanchal including Varanasi, Mariyahu, Bhadohi, Gazipur, Jaunpur and Chandauli where they would apprise voters about the resounding success of the party in Maharashtra, Mishra said.

A large chunk of people from Uttar Pradesh live in the megacity to earn livelihood and according to political observers, most of them voted in the BMC polls.

This, however, poses a tricky question for the Election Commission. Exit polls and counting of votes in other states have been put on hold. The reason given is that it may influence voters in UP. Here we have a case of the Maharashtra civic elections having a direct impact on the UP elections.

It is high time that the Election Commission rethinks its directives.