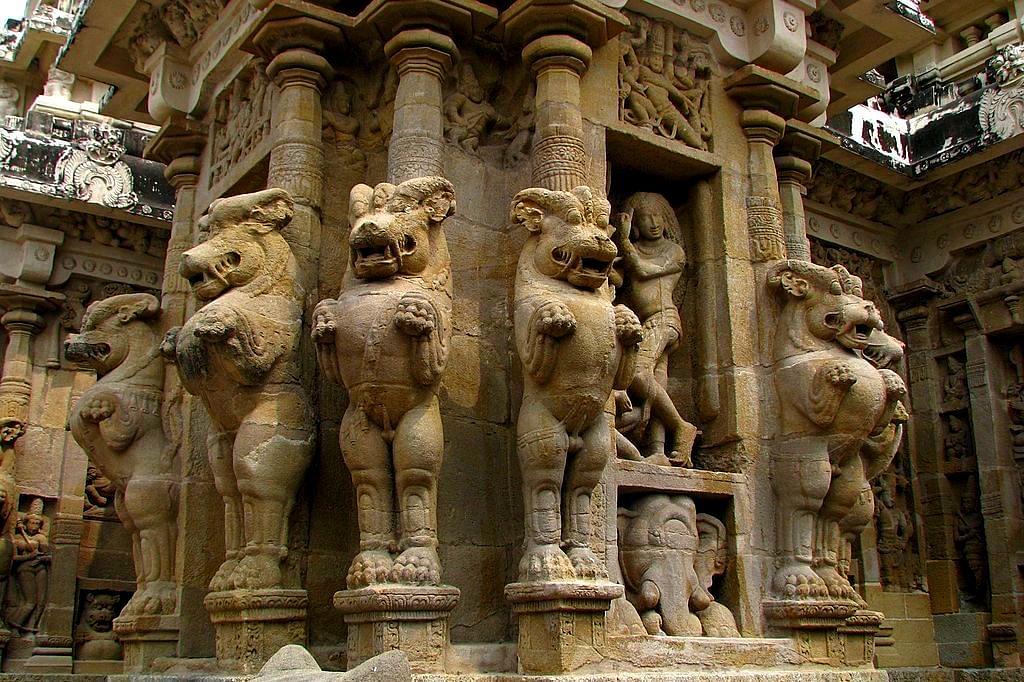 Carvings of the 8th century Kailasanathar Temple in Kanchi (Wikipedia)

The Archaeological Survey of India (ASI) is planning to rope in experts from Indian Institute of Technology, Madras, for preserving the 1,300-year-old Kailasnathar temple, Kancheepuram, Tamil Nadu.

The temple is also in the tentative list of UNESCO's world heritage sites.

According to ASI officials, a detailed survey was conducted that found that the temple which was believed to be constructed in late 7th-early 8th century AD, its murals have been fading away and chemical conservation has not been arresting the deterioration of the temple.

The temple for Lord Shiva which was built on the banks of Vedavathi river by the Pallava king Rajasimha, who is also known as Narasimhavarman II, is in the Dravidian style of architecture.

The temple is carved mainly out of sandstone and was built, according to the experts, between 685 and 705 AD.

A senior official of the ASI told IANS on condition of anonymity: "We are in the process of roping in experts from IIT, Madras, to give suggestions and solutions to preserve this key heritage temple which is high on the list of UNESCO to be considered as a heritage site.

"The temple is a completely lime-plastered structure built using limestone and now we have to use traditional methods so that it is conserved permanently."

Presently chemical conservation is done at the temple only at the sanctum sanctorum and certain sculptures on the outside walls that have been destroyed beyond recognition.

Mylvahanan, 61, a businessman at Kancheepuram and a person researching on temple architecture told IANS: "This temple is one of the oldest creations in Dravida architecture in Tamil Nadu and this has inspired the building several such huge temples across the Pallava and Chola kingdoms.