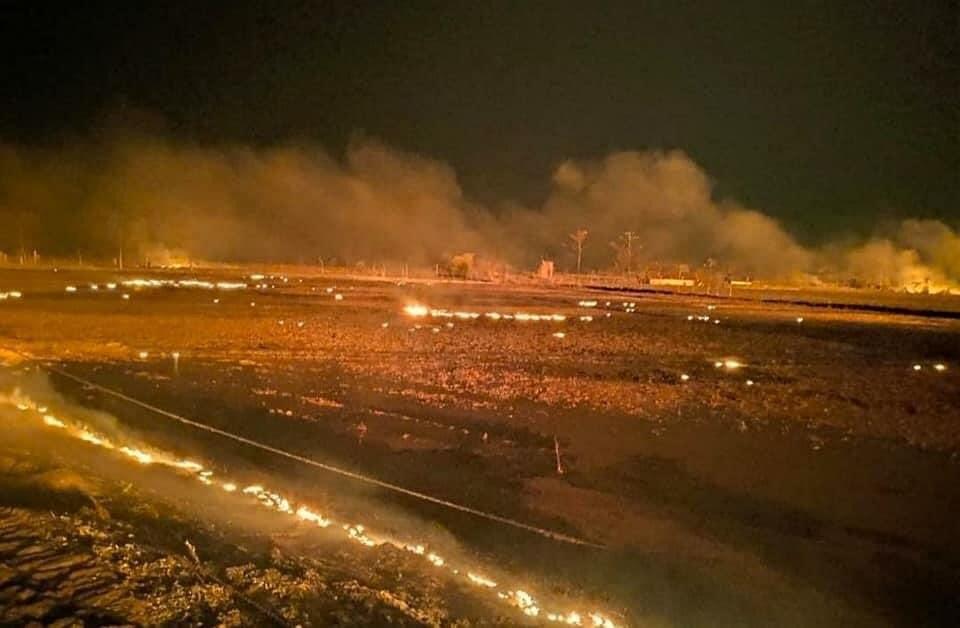 Around 7,000 people have been evacuated while the inferno completely and partially burnt more than 35 houses as the fire fighters, NDRF, and engineers intensified their efforts to douse the oil well fire in Assam for the third day on Thursday ()11 June), officials said.

At least two fire fighters of Oil India Ltd (OIL) were killed and four others including one from ONGC (Oil and Natural Gas Corporation) were injured near the oil well blowout site in Assam's Tinsukia district on Wednesday.

The inferno was so intense that it could be seen from as far as 10 km away.

OIL spokesman Tridiv Hazarika said that Petroleum and Natural Gas Minister Dharmendra Pradhan held a review meeting with the crisis management team and OIL officials through video conferencing on the fire in the OIL's gas well. It has been reported that except at the well plinth area, the fire around the site has mostly extinguished. However, the burning of gas at the well mouth would continue till the well is capped.

The fire in around 200 meters periphery has completely burnt about 15 houses, while another 15 houses have been partially affected.

"Over 7,000 inhabitants adjoining the oil well fire site have been shifted to the 12 relief camps set up by the OIL," Hazarika told IANS.

A senior official of the Tinsukia district administrations said that it would take at least four weeks or a month to completely control the blaze.

The massive fire broke out at the leaking natural gas producing well of the state-owned OIL in Tinsukia district on Tuesday even as an expert team from a Singapore-based emergency management firm was trying to plug the leakage of gas and oil condensate for the past 16 days, prompting the state government to seek the Indian Air Force's help to douse the blaze.

Assam Chief Minister Sarbananda Sonowal on Wednesday called Prime Minister Narendra Modi and apprised him about the latest developments regarding "oil well explosion incident". "The Prime Minister assured all help towards the people in the affected area," an Assam government release said.

The Prime Minister's Office (PMO) tweeted that Modi discussed the situation in Baghjan fire tragedy in a telephonic conversation with Sonowal and "assured all possible support from the Centre".

Sonowal had on Tuesday spoken to Union Petroleum Minister Dharmendra Pradhan and Defence Minister Rajnath Singh seeking help from the IAF to douse the blaze, officials said. An OIL spokesman said that the fire has been kept controlled in a 1.5 km radius but it is still raging as the "uncontrollable" natural gas is being fed by the well's oil.

Local people said that the inferno has left a trail of devastation in the adjoining areas, including a famous lake. Farmlands with standing crops, as well as ponds and wetlands in the adjoining villages have also been badly affected and the threat is growing with every passing day.

Experts, environmentalists and wildlife activists are worried as the Dibru-Saikhowa National Park, known for its feral horses, is less than two km away.

Central paramilitary troopers, NDRF, OIL and ONGC engineers and experts are on a war-footing exercise to douse the fire.

The oil well at Baghjan in Tinsukia, around 550 km east of Guwahati, had been leaking gas accompanied by oil condensate since May 27, causing enormous damage to the region's wildlife, wetlands and biodiversity. OIL Chairman-cum-Managing Director Sushil Chandra Mishra had a detailed discussion with Assam Industries and Commerce Minister Chandra Mohan Patowary, who is camping at Tinsukia, in the presence of Deputy Commissioner (Tinsukia) Bhaskar Pegu, and appraised the latest status of the blowout and actions initiated by OIL.

(This story has been published from a wire agency feed without modifications to the text. Only the headline has bee changed.)