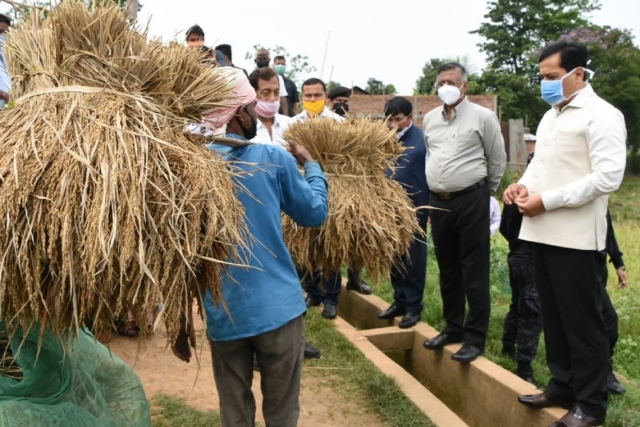 Around Rs 357 crore worth of business was done by Assam’s farmers and agriculture entrepreneurs during the lockdown period by supplying agricultural products to various parts of the country, state Chief Minister Sarbananda Sonowal said on Tuesday (19 May), reports Economic Times.

Speaking to the media persons, Sonowal said that in parallel to the fight against COVID-19 the state government was putting emphasis on resumption of economic activities and the farmers have shown the way in this regard.

“Informing that state’s farmers and agri entrepreneurs did business worth Rs. 357 crore during the lockdown period by exporting agricultural products to various parts of the country, Sonowal said that the state has immense potential in the agricultural sector which was highlighted by the lockdown period,” said an official release.

Urging the young generation to take up farming as a means of self-employment, Sonowal said that the agricultural sector holds the key in providing employment opportunities to the state’s youths returning from outside.

Directing the agriculture department to provide seeds to the farmers by October every year, the Chief Minister said that the timely distribution of seeds can help the farmers in increasing their production, the release added.

He also pitched for ‘Make in Assam’ in line with Prime Minister Narendra Modi’s ‘Make in India’ initiative and said that people of the state must extend their wholehearted support to Prime Minister’s call of local-vocal-global.