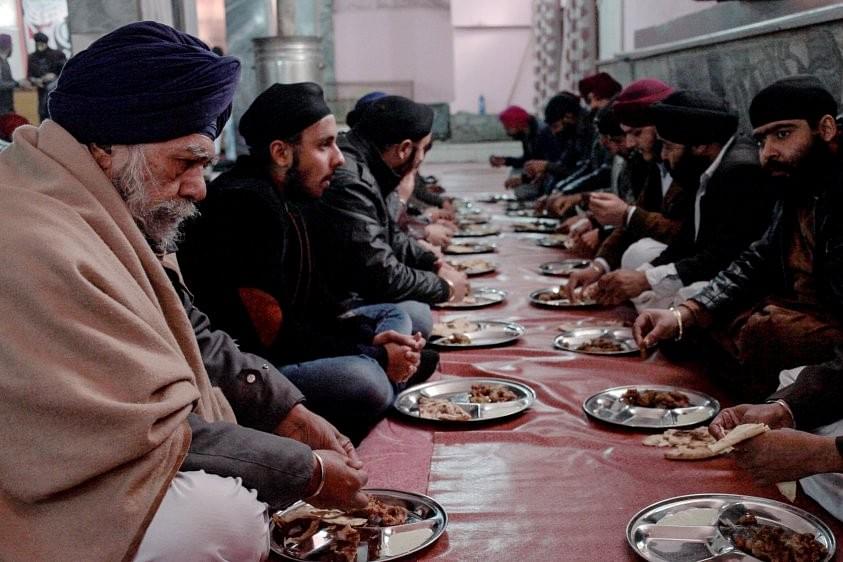 Afghan Sikhs at a langar in mid-December.

At least 25 Sikh families who had fled war-torn Afghanistan about a decade ago are seeking assistance and citizenship from India, The Tribune has reported.

The families seeking accommodation and basic facilities along with an Indian citizenship from the government.

Help from religious bodies and the administration has not been provided, according to Shammi Singh, one of the refugees who is living in a dilapidated house of Chawni Mohalla in Ludhiana. Singh says that discrimination against 'Qafirs' ( non-Muslims) since 2008 had worsened, forcing them to leave Afghanistan.

"They even started objecting to the way we cremated our dead by consigning them to flames and wanted burial," he told The Tribune.

Kulwant Kaur, a refugee whose husband was killed by militants said that she felt safe in India even though her family lived in penury.

"Come what may, we are not going back to that country again. I work as a domestic helper. Government should provide us with job,” she said.

Another family, on the condition of anonymity, said that they were tortured in Afghanistan before they fled the country

"The issue needs to be addressed by government. We on our own part can provide them food and other financial help at times but that is not a permanent solution. They are the responsibility of government and it should take care of them. Besides, SGPC should also provide them financial assistance," former president of SGPC, Avtar Singh Makkar told The Tribune.

Singh recalled that two families had been provided expenses to return to Afghanistan by the SGPC in the past.