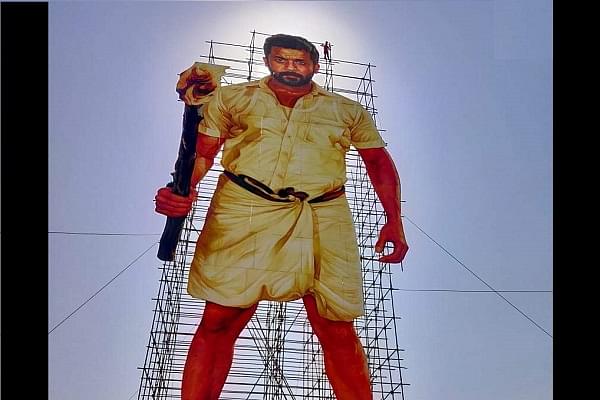 Municipal authorities in Tiruttani, Tamil Nadu on Wednesday (29 May) took down a massive 215-feet cutout of popular Tamil actor Suriya, whose fans had put up the figure on an iron scaffolding ahead of the release of his film NGK, reports The Hindu.

The cutout depicted Suriya dressed in a shirt and a dhoti, while carrying a torch. Although the figure had been erected on private property which was rented, it had to be removed as there is a ban on such cutouts.

“There is a ban on placing cutouts. We initially thought some work was going on in the private land, but it was only on Wednesday that we realised it was a cutout,” said Municipal Commissioner, Tiruttani, G Rajalakshmi.

It is believed that the actor’s Tiruttani fans spent more than Rs 6 lakh to put up the figure of Suriya at Tiruttani bypass road. They also employed laboureres brought in from a number of states for the work to be completed on time before the release of NGK.