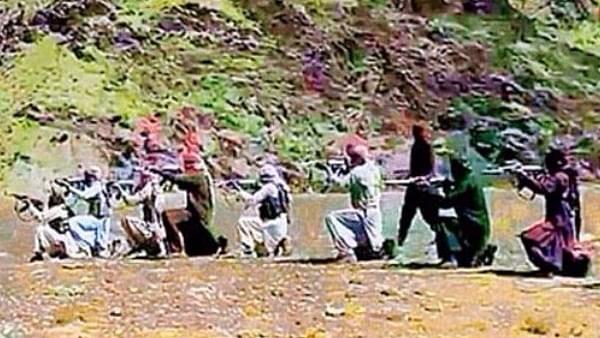 Eyewitness accounts have now emerged from the Balakot area corroborating India’s assertion that it had caused a large number of casualties when it struck Jaish-e-Mohammed’s terror apparatus in Pakistan in its 26 February airstrike, reports Firstpost.

Some persons who were present near the site of the operation claim to have seen up to 35 bodies being moved out from the area by ambulances in the aftermath of the airstrike. They state that among the dead were twelve men who had been asleep in a makeshift shack and a number of former soldiers of the Pakistani Military.

"Local authorities reached the site soon after the bombing," one witness recounted, "but the area had already been cordoned off by then by the army, who did not even allow police to enter. The army also took away mobile phones from the medical staff on the ambulances."

Interestingly, the sources also identified one of the dead from the attack as a former officer of the Inter-Services Intelligence (ISI), who went by as ‘Colonel Salim’ locally. Another individual who was named as ‘Colonel Zarar Zakri’ is believed to have been injured.

A Jaish-e-Mohammed instructor hailing from Peshawar, Mufti Moeen, was also killed in the operation, along with explosives expert Usman Ghani.

Moreover, the eyewitnesses have confirmed the Indian claim that fedayeen recruits were also eliminated in the attack, stating that such trainees formed the single largest cluster of those killed.

Previously, top government sources were reported by Indian Express as saying that intelligence agencies had evidence in the form of imagery from Synthetic Aperture Radar (SAR), showing that the four buildings within the Madrasa, identified as targets, were hit by five S-2000 precision-guided munition (PGM) fired from IAF’s Mirage-2000 fighter jets.

As it was cloudy, satellite images taken on Tuesday weren’t as clear, and the agencies had to make do with the inferior quality SAR. Technical and ground-based intelligence weren’t available, the sources said, making it hard to ascertain number of terrorists killed.

The government official said that that the Israeli bombs used penetrate through the roof, enter the building and explode after a delay. They were programmed according to the material of the roof. These buildings in terror camp had roofs made of corrugated galvanised iron (CGI) sheets and the SAR imagery shows that on the first day, these roofs had gone missing.

Pakistan has admitted that the area was struck by India but denies any damage and the presence of terror camps.