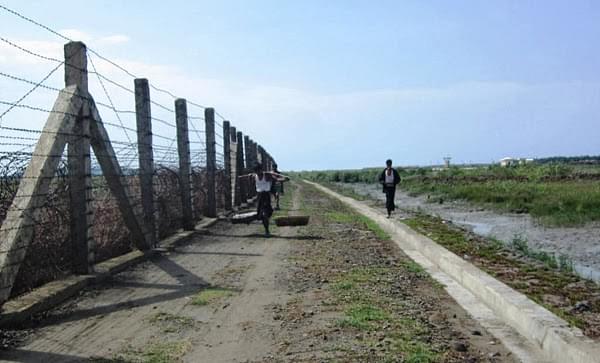 Police said U Shit Maung, 67, was detained while boarding a flight to Myanmar at Dhaka's international airport last week.

Police only revealed today that Maung, who heads the Rakhaing Development Foundation, had been detained after allegedly suspicious images were found on his laptop.

"The RAB (Rapid Action Battalion) arrested him over anti-terrorism charges last week from the airport and handed him to us," airport police chief Noor-e-Azam Mia told AFP, without elaborating on the charges.

Maung's sister Ayethein Rakhaing said her brother, whose wife lives in Myanmar, was innocent and described the charges against him as false. “ He works for both the Muslims and Buddhists. He works there (Rakhine) for peace," said Rakhaing, a former lawmaker from the ruling Awami League.

His wife Mra Raza Linn was a prominent rebel leader turned peace activist in Myanmar, according to Maung's family.

The relative added Linn heads a women's group in Rakhine and is a senior member of the Arakan Liberation Party (ALP), while she used to be a guerilla leader.

The Rohingya refugee crisis has prompted an outpouring of sympathy in Muslim-majority Bangladesh, but has also fuelled tensions with the small population of ethnic Rakhine Buddhists living there.

Some refugees living in overcrowded camps have alleged that Bangladeshi Buddhists, known locally as Moghs, have joined militias perpetrating atrocities across the border in Rakhine.

Bangladesh police have bolstered security at Buddhist temples near the border, fearing local hostility among the Rohingya could boil over into reprisal attacks. PTI