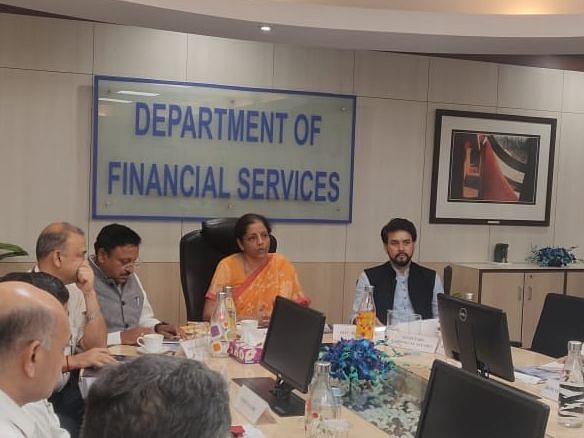 Having carried out two Public Sector Bank (PSB) mergers in its first term, the Modi government is now looking at another mega merger operation and has called up the chief executives of ten PSBs for discussion, Business Standard reports.

“The PSB merger will be announced anytime soon as part of the government's reforms agenda,” a source quoted in the report has said. The RBI has already been consulted by the Central government about the proposed merger reportedly as per provisions of the Banking Companies (Acquisition and Transfer of Undertakings) Acts of 1970 and 1980.

The government is looking at PNB, UBI and Canara Bank that might subsume other smaller PSBs. A meeting of the bank chiefs is scheduled to be held today (30 August) as arranged by the Department of Financial Services of the Finance Ministry. The Finance Minister, Nirmala Sitharaman, had earlier hinted at upcoming bank mergers as part of economic reforms in her press briefings.

The NDA government had carried out two PSB mergers in its first term, first consolidating five associate banks and the Bhartiya Mahila Bank with the State Bank of India in 2017, and then merging Vijaya Bank and Dena Bank to Bank of Baroda in 2019. Bank of Baroda’s net profit has shot up 34 per cent to Rs 710 crore in the first quarter result released after the merger.