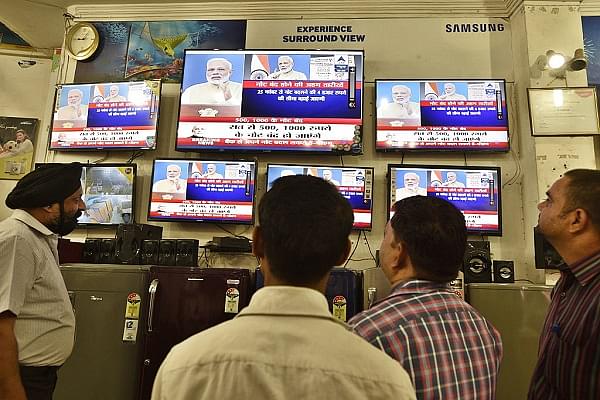 The Broadcast Audience Research Council (BARC) has decided to pause the rating of news channels as it is going "to review and augment the current standards" of measurement of the data of News genre, News18 reported.

The move has come amid the ongoing controversy over Television Rating Point (TRP) scandal being probed by the Mumbai Police.

The BARC, after the decision by its board, said the exercise would cover all Hindi, English, regional News and Business News channels. It is aimed at improving "their statistical robustness and to significantly hamper the potential attempts of infiltrating the panel homes", said BARC.

Starting with the 'News Genre', BARC will not publish the weekly individual ratings for all news channels during the exercise. The exercise is expected to take around eight to 12 weeks including validation and testing under the supervision of BARC Tech Comm.

"Given the most recent developments, the BARC Board was of the opinion that a pause was necessitated to enable the industry and BARC to work closely to review its already stringent protocols and further augment them to enable the industry to focus on collaborating for growth and well-natured competitiveness," said Punit Goenka, Chairman of BARC India Board.

Sunil Lulla, CEO, BARC India, added, "We at BARC take our role in truthfully and faithfully reporting 'What India Watches' with the greatest sense of responsibility and work with integrity to ensure that our audience estimates (ratings) remain true to their purpose".

He shared that besides "augmenting current protocols and benchmarking them with global standards, BARC is actively exploring several options to discourage unlawful inducement of its panel home viewers and further strengthening its Code of Conduct to Address Viewership Malpractice".

Earlier this month, the Mumbai Police had busted a major fraud of manipulating TRP (Television Rating Point) data by at least three TV channels including Republic TV and India Today and nabbed two persons with regard to it, earlier this month.