Barkha Dutt Quits NDTV. Is An ‘Anti-Republic’ Venture On The Cards? 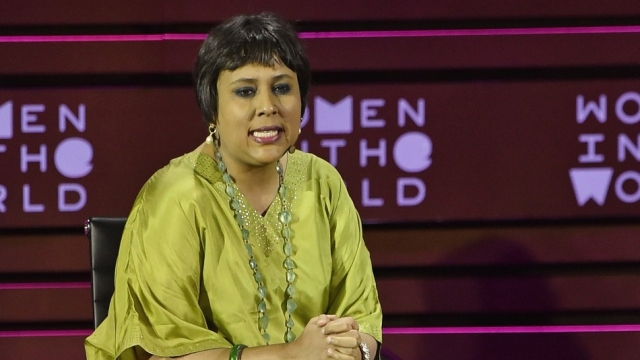 Well-known senior journalist Barkha Dutt on Sunday said she is quitting NDTV after 21 years of service to explore “new opportunities. It's been a super ride at NDTV but new beginning in 2017. I shall be moving on from NDTV to explore new opportunities and my own ventures,” she wrote on Twitter.

Dutt, who was working as a Consulting Editor at NDTV, went on to add that she was “hugely excited to start New Year on a new slate, diversify my interests and build my own independent projects.” The journalist has clearly pointed out that she wishes to have her “own ventures”.

Its been a super ride at NDTV but new beginning in 2017. I shall be moving on from NDTV to explore new opportunities & my own ventures! 2/4

Responding to her resignation, NDTV said: “In 1995, Barkha Dutt joined NDTV straight out of college, and now, after 21 wonderful years together, Barkha has requested that she would like to explore some new opportunities, pursue other interests and work on her own ventures.”

As this comes just days ahead of the launch of Arnab Goswami's new venture called “Republic”, many on Twitter asked if her new venture will be called “anti-Republic”? Goswami’s new venture is expected to hit screens on 26 January.

Why do I get the feeling that in response to Arnab's Republic, someone is soon coming up with Caliphate??

A war of words was already underway between Goswami and Dutt before the former quit Times Now in November 2016 to start his own venture. In July 2016, Dutt took to Twitter to vent her anger against Goswami, accusing him of “chamchagiri”. Dutt’s outburst was triggered by a purported gag on media suggested by Goswami against Indian journalists who had “pro-Pakistan” leanings.