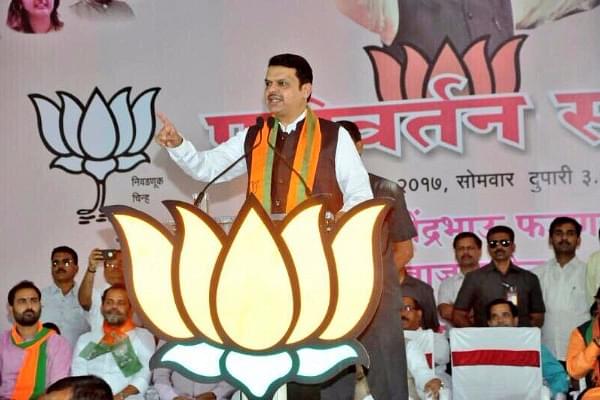 In a move that is certain to have huge implications on the political economy of Maharashtra, the Devendra Fadnavis-led BJP government in the state initiated yet another huge reform in agriculture marketing by promulgating an ordinance deregulating all agricultural produce from the APMC Act, the Financial Express has reported.
The ordinance will now enable farmers in the state to sell all agri-commodities outside regulated APMC markets in the state, Sadabhau Khot, Minister of State for Agriculture & Marketing Reforms said on Monday.

In 2016, the state government amended the Act to deregulate vegetables and fruits. Now, flowers, oilseeds and foodgrains have also been taken out of the purview of the APMC Act, Khot said, terming this as a positive move in the area of marketing reforms.

With this change, farmers can now sell all agri-commodities outside regulated APMC markets. APMCs won't die, but will have to compete with any other players who buy agri-commodities from the farmers. The changes have been made in accordance with the Centre’s Model Agricultural Produce and Livestock Market Act 2017, he said, adding that the scope of the Act in the state has been widened to include promotion and facilitation instead of regulation.

Local observers estimate that APMCs may lose 25-80 per cent of their revenue in time.

The government is also designating big mandis as Markets of National Importance (MNI). Such markets won't have local leaders running the management committees.

Maharashtra has 306 APMCs. If some of the APMCs become MNIs and dispense with elected bodies, they will be well placed to cater beyond local markets and can also look at the possibility of exporting produce overseas. As per the current structure, APMCs are now supervised by elected bodies that invariably turn into fiefdoms of local political chieftains. With MNIs, farmers can now hope to hire professionals and thereby dramatically change the outlook of the market. As a result, inter-state trading can also be promoted.

At present, Asia’s largest agri market, Azadpur Mandi in Delhi, is the only Market of National Importance (MNI) in the country. Now, with Maharashtra taking the lead to frame a policy to encourage and grant the status of Markets of National Importance to some (APMCs) in the state, things should reform drastically.

The move is expected to have a big impact on APMC election financing as many APMCs are under the stranglehold of Congress/NCP-linked politicians.