Beginning Today, Bengaluru Airport Hikes UDF By 120 Per Cent To Fund Expansion; Will Be In Force For Four Months 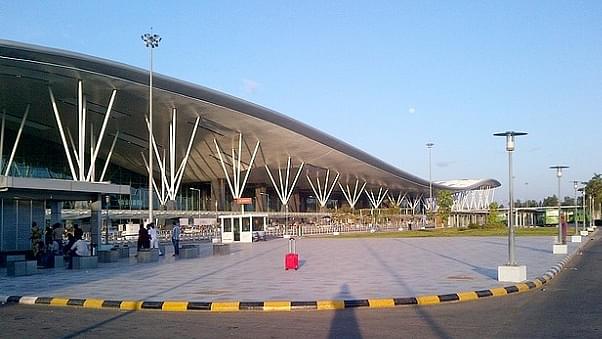 Bengaluru airport today (16 April) hiked airport charges by 120 per cent and 119 per cent for domestic and international passengers respectively for the next four months, reports Times Of India (TOI).

This announcement from the Bengaluru International Airport Limited (BIAL) comes after Airports Economic Regulatory Authority of India (AERA) allowed the airport to increase the UDF for four months to fund expansion plans.

“With the Aera order coming into effect from April 16, the UDF for domestic departures will be revised to Rs 306 from Rs 139 while for international departures it will be Rs 1,226 from Rs 558 earlier," said BIAL in a statement.

“The new charges for domestic and international travel translate into an increase of 120 per cent and 119 per cent, respectively.” the airport added. “The revised fee is applicable for tickets procured between April 16 and August 15...The increased fee will be rolled back from August 16.”

According to Hari Marar managing director and chief executive, BIAL, this temporary hike in UDF is expected to fund the Rs 13,000 crore capacity expansion plan of the airport.

The plan envisages the construction of a new terminal, a second runway, access roads, and a multi-modal transport hub. The company expects to complete these work by March 2021.

Also Read: No Maglev Link To Bengaluru Airport, Authorities To Focus On Metro And Sub-Urban Rail Instead