‘Being In Alliance Doesn’t Mean We Say Yes To Everything’: Shiv Sena At Congress’ Continuous Slandering Of Savarkar 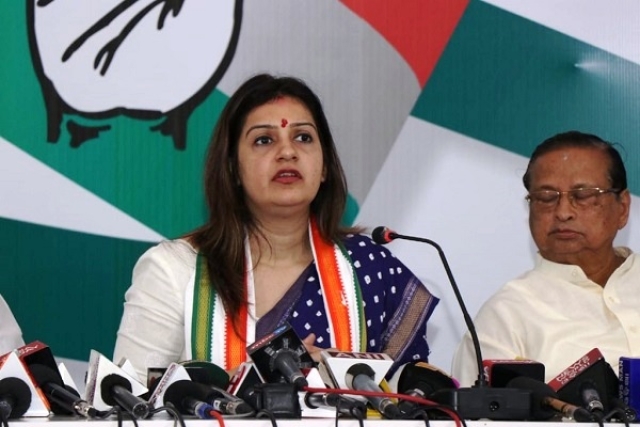 "We are in alliance with them it does not mean that we have to say yes to everything. We are not here to discuss history but to make one," Shiv Sena leader Priyanka Chaturvedi told IANS after Shiv Sena's alliance partner Congress being constantly critical of Veer Savarkar.

Talking to IANS, Chaturvedi said, "there are so many problems in the country including economy, unemployment, farmer distress but neither the Centre nor the opposition has any other issue but Veer Savarkar."

She also said "being in alliance doesn't mean that if they say yes, we also have to say yes and if they say no we will say no. We are in alliance for a common minimum programme and the common minimum programme does not consider these things when we talk about economy unemployment and farmer distress. People of the nation are asking them to get over it, when will you talk about us?"

The boklet titled "Veer Savarkar Kitne Veer?" (How brave was Veer Savarkar?), published by Congress Seva Dal, claimed that when Savarkar was a 12-year-old boy, he threw stones at a Mosque and broke the tiles there. There is also a controversial reference to alleged physical relations between him and Nathuram Godse, Mahatma Gandhi's assassin.

The booklet went on to say, "Details of such physical relationship of Godse are found from the period before he took to brahmacharya. It was a gay relationship. His partner was his political guru Veer Savarkar."