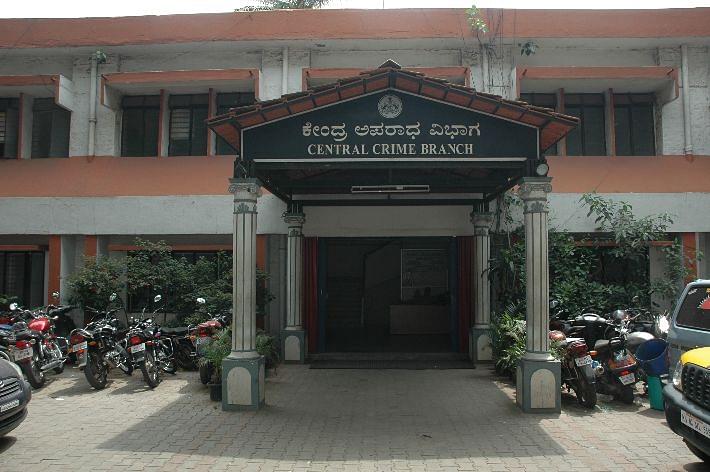 The Central Crime Branch (CCB) police office of Bengaluru was sealed until Sunday after a suspect tested positive for COVID-19, an official said on Saturday (13 June).

The office was sealed on Friday (12 June) for sanitization.

On testing the four Ola case suspects who fleeced the startup of lakhs of rupees misusing technology after interrogating, one of them tested positive.

Used for locking up suspects during police custody, the facility can accommodate up to 10 people.

Different wings of the department such as economic offences wing, anti-narcotics wing and others use the common lock up to house suspects.

Once the suspects or accused are produced in a court and ordered judicial custody, they are shifted to a larger prison.

Meanwhile, 22 policemen who work in the CCB area are under institutional quarantine and will be administered Covid test after five days.

The CCB office is centrally located in this tech city inside the Police Commissioner office on Infantry Road near the Cubbon Park, High Court and Vidhan Soudha.

Meanwhile, another police station in the city, Shankarpuram, is currently being sanitized after a sub-inspector on leave tested positive for the virus.

"Shankarpuram police station has not been sealed off, it is being sanitized after a police sub-inspector tested positive," told Deputy Commissioner of Police Rohini Katoch Sepat to IANS.

Currently, the infected inspector has been shifted to a designated hospital in Dharwad as he is on leave.

"Seven policemen have been sent to institutional quarantine and another 11 to home quarantine," she said, following the incident.

The inspector is suspected to have picked up the infection somewhere as he took leave for his wedding and was busy making arrangements for the occasion such as shopping and other works.

He was also not suspected to have been in contact with anybody in specific when he was at the station on duty.

"We assume that during his preparation for marriage and going here and there only he has contracted the virus. We don''t know exactly. He was never on any specific bandobast," she said.