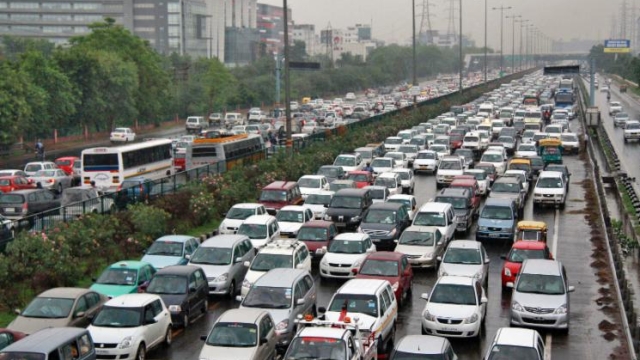 Bengaluru is the most traffic congested city in the world, said a Dutch real-time traffic information and services company.

"Bengaluru takes the top spot this year with drivers in the southern Indian city expecting to spend an average of 71 per cent extra travel time stuck in traffic," said TomTom Traffic Index on Wednesday (29 January).

The report said Bengaluru recorded the least traffic on 6 April and the highest was on 20 August when it recorded 103 per cent congestion.

The worst rush hours are reserved for Fridays between 7 pm and 8 pm. “Travelling after 8 pm on Friday could save you up to 5 hours per year (for a 30 minute commute)," the report said.

TomTom is a Dutch independent location technology specialist, offering maps and navigation software among others. Headquartered in Amsterdam, TomTom has offices in 30 countries.

Of the top five most choked cities in the world, three are from India, Bengaluru, Mumbai and Pune.

Closely following the Indian tech hub are Philippines capital Manila, where people also spend 71 per cent more traffic waiting time, Bogota, 68 per cent, Mumbai, 65 per cent and Pune, 59 per cent, comprising the top five most congested cities in the world.

"Traffic congestion has increased globally during the last decade, and the 239 cities (57 per cent) TomTom included in the new Traffic Index report had increased congestion levels between 2018 and 2019, with only 63 cities showing measurable decreases," said TomTom in the ninth edition of its annual traffic index.

Though traffic congestion is a sign of strong economy, TomTom said the choking actually costs economies billions of dollars, with the global average congestion level at 29 per cent.