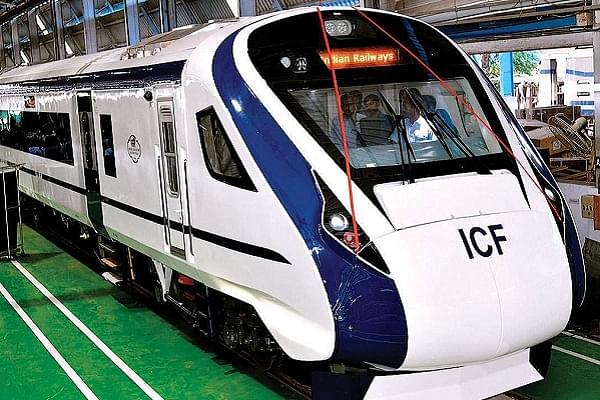 The Train 18, Indian Railways’ first engineless train, which can touch speeds up to 180 kmph is fire resistant, IANS has reported. The report says that the train will ensure the safety of passengers, as the coaches are built with fire-resistant fibre composites.

The official also claims the FRP material to be lighter than materials made from steel and aluminium. During fire mishaps, components will not generate any poisonous gases, or spread molten material or droplets. This will make it easier for passengers to get out of the train.

FRP will make the train more efficient as well as lightweight. This will enable the train to travel faster than the rest of the passenger trains which are currently in use in India. Train-18 is currently undergoing test runs under the supervision of the Research Designs and Standards Organisation (RDSO). Recently the train touched speeds of 180 kmph during the trial run on the Kota-Sawai Madhopur route.