Bharatmala Project: Nine Of 44 Economic Corridors Soon To Be Connected By Expressways 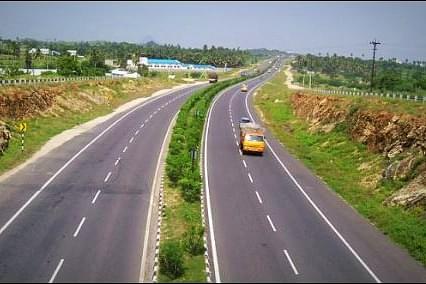 Nine of 44 economic corridors planned by the Central government across the country will soon be linked by expressways, Business Standard has reported. This will lead to seamless trade across these economic corridors, thereby saving cost, time and fuel. The project is being implemented by the Ministry of Road Transport and Highways (MoRTH) and National Highway Authority of India (NHAI).

Economic corridors which will be connected by expressways include Delhi-Vadodara, Chennai-Salem, Ambala-Kotputli, Amritsar-Jamnagar, and Raipur-Vizag. The distance between Delhi-Vadodara and Amritsar-Jamnagar will be reduced by 10 percent once the expressways are completed. The distance between Ambala-Kotputli will be reduced by 25 percent due to the project.

Road Transport Secretary YS Malik said, “Besides building new alignments on the nine economic corridors, optimising existing expansion of roads is also a priority for us. The new alignments on these corridors will considerably cut travel time between the two cities, thereby leading to savings of time, fuel, and carbon emissions.”

Highlighting the green approach of the project, the secretary added,“We will look at acquiring land on one side of highways instead of both, while expanding the existing roads.”

Economic corridors are being planned as a part of Bharatmala Pariyojana with the aim of constructing 24,800 kilometres of highway by the year 2021-22. The scheme also adopted the “direct project mechanism” to minimise hiccups during its execution.