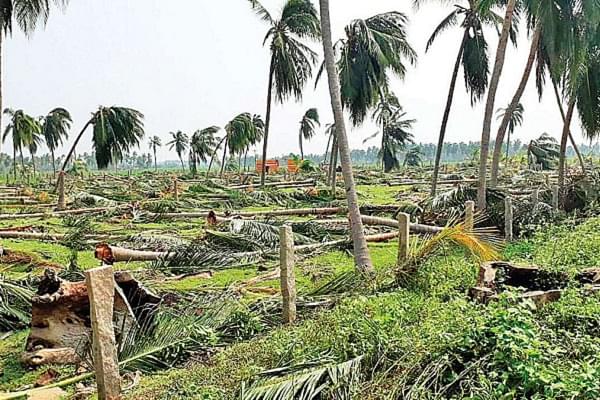 The Election Commission has cancelled the by-election for Thiruvarur Assembly constituency which was scheduled to be held on 28 January at the request of the Tamil Nadu government and the district administration, ANI has reported.

The decision to cancel the bypoll was based on the representation received by the EC from various political parties and farmers association that staging the election will adversely impact the relief and rehabilitation post-cyclone 'Gaja‘.

The Commission's communication in this regard was sent to Tamil Nadu Chief Electoral Officer Satyabrata Sahu on Sunday night (6 January).

The bypoll announced last week was necessitated following the demise of former Chief Minister and DMK patriarch M Karunanidhi on 7 August 2018. The votes were to be counted on 31 January.

Expressing their views, the participants at the meeting said holding elections on 28 January would affect Cyclone relief works in the constituency. Many also complained over loss of identity cards.

If polls were to be conducted as per schedule, many people in Thiruvarur constituency were of the view that they will not be able to get the benefit of the ongoing relief work and celebrate Pongal festival in a free manner.

Based on the feedback, Nirmal Raj prepared a report and sent it to Satyabrata Sahoo on Saturday (5 January). After studying the report, State Chief Election Officer was expected to announce his decision in a day or two.

Many political observers were of the view that AMMK, by putting together a formidable social coalition of Mukkalathors and Muslims, was in a strong position to challenge AIADMK and DMK. The constituency is considered a DMK bastion as late CM Karunanidhi won repeatedly with impressive margins.

The DMK had named Poondi Kalaivanan, the Tiruvarur District secretary of the party, as their candidate. He was perceived as a weak choice and was seen as an indication that DMK would find it an uphill task to retain its bastion.

Taking an indirect jibe at the ruling AIADMK and DMK, Dhinakaran also said, “Just after the notification of the by-election, AMMK cadre are rushing to Thiruvarur for engaging themselves in the election campaign. But on the other side, people have rushed to the court.”