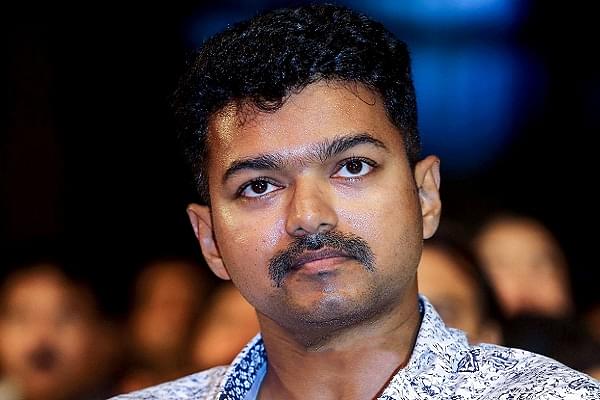 The Income Tax department on Wednesday (Feb 5) searched the residence and business premises of AGS Group promoters. Tax officials also questioned actor Joseph Vijay (popularly called Vijay) on tax matters. The search operations were carried out at about 20 locations including the residence and office of Kalpathi S Aghoram and at the screens owned by his group.

Kalpathi Aghoram is the promoter of Kalpathi Group that also owns AGS Entertainment and AGS Cinemas.

Raids were also conducted on properties belonging to film financier Anbu Cheliyan in Madurai since morning.

According to some reports, IT department officials have recovered unaccounted cash of Rs 25 crore was seized from the premises of a Tamil film financier who had faced allegations of intimidation and arm-twisting to recover mone

The IT officials also summoned Vijay from a shooting and questioned him in connection with the payment received by him for film "Bigil" produced by AGS Group. He was picked up by the IT officials from the sets of his upcoming movie Master, near Neyveli in Tamil Nadu. The incident halted the shootin . Master is a Tamil-language action-thriller film written and directed by Lokesh Kanagaraj.

According to IT officials, Vijay is being questioned in connection with an alleged tax evasion case linked to AGS Cinemas

The movie Bigil was shot for a budget of Rs 180 crore and also ended up being one of Vijay’s most successful movies till date. The salary which Vijay received is also said to have come under the IT department’s scrutiny.

Vijay has a long history of Income tax authorities.

In 2013, sleuths of the Income Tax (I-T) conducted a raid at a shipping company in Tuticorin owned by the family of actor Vijay.

Raids were conducted at the premise of Indev Logistics Private Limited, involved in providing customs handling facilities at Tuticorin port, after information of alleged tax evasion by the company. Indev group has its operations spread out in Chennai, Kochi and New Delhi.

The company is owned by S Xavier Britto, the brother-in-law of S A Chandrasekar, father of actor Vijay. Britto also owns other logistics and shipping companies as well a group of educational institutions in Chennai.