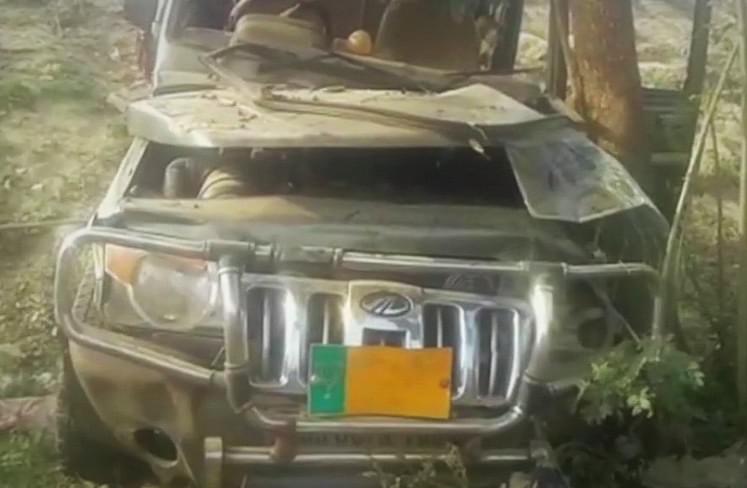 The BJP leader鈥檚 vehicle after the incident. (image via ANI/Twitter)

Calling for no mercy to be shown to the culprit, Bihar Deputy Chief Minister (CM) has ordered stringent action against the Bhartiya Janta Party (BJP) leader involved in Muzaffarpur accident that led to the death of 9 children on Saturday (24 February).

In the tragic incident that occurred in Dharampur village in the Muzaffarpur district, an SUV belonging to BJP leader Manoj Baitha ran over 9 schoolchildren while trying to avoid a woman hit by a truck on the way. Baitha was reportedly in the vehicle at the time of the accident.

Bihar CM Nitish Kumar has also announced a compensation of Rs 4 lakh for the next of kin of the deceased children and that the hospital expenses of the 24 children injured will be borne by the state.

The incident has led to huge uproar in Bihar with opposition RJD leader Tejashwi Yadav criticising the ruling coalition for shielding the culprits. He also met the children admitted to the local hospital.

Meanwhile, protesting parents and local residents blocked traffic on the stretch and vandalised the school and other infrastructure.