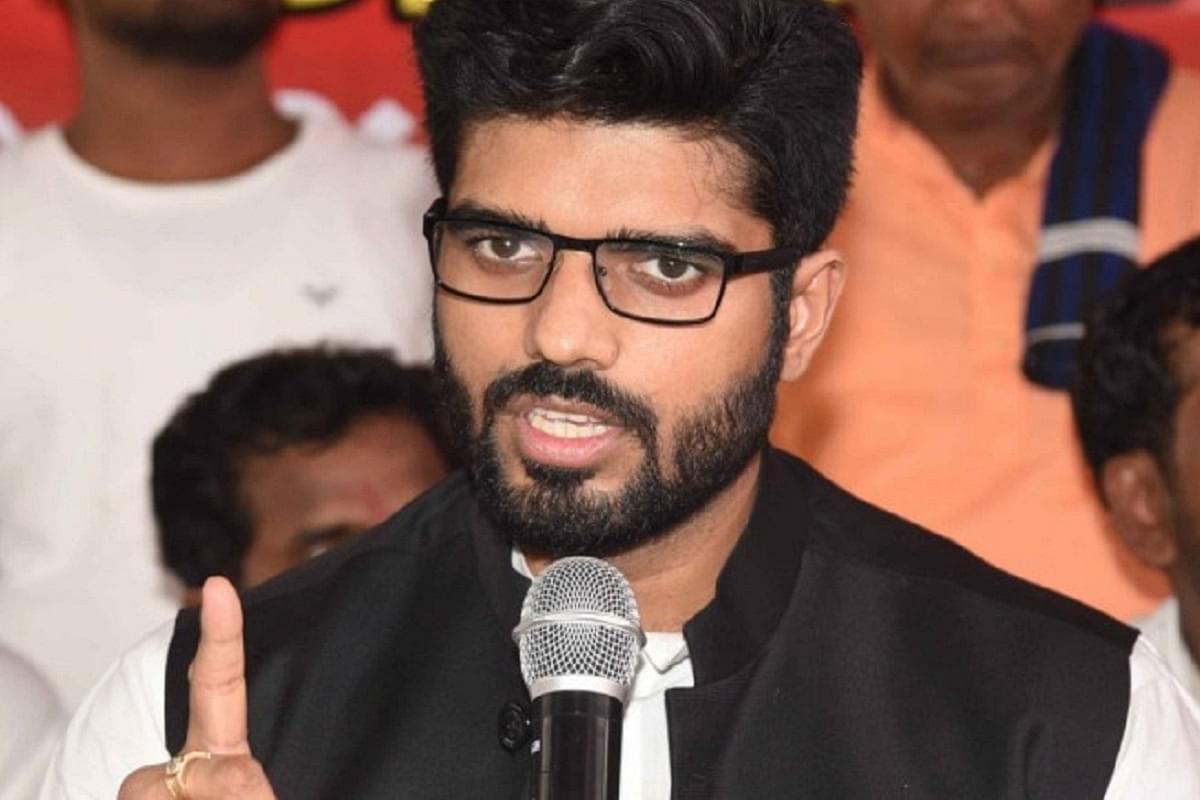 He has been booked for raping a party office-bearer and destroying a related evidence, the police said.

A senior police officer said the case was registered on the direction of court.

"The court's direction came on Thursday and a case has been registered under relevant sections at the Connaught Place Police Station," the officer said.

The complainant, in her FIR, also accused LJP chief Chirag Paswan of hatching a conspiracy to hide the evidence.

According to sources, the victim was a frequent visitor at the LJP party office, where she started meeting MP Raj. In her complaint, she alleged that the incident happened in 2020 at the same party office after she was sedated by Prince Raj.

The LJP MP made an obscene video of the act and blackmailed the victim for "physical relationship".

The victim claimed that she apprised the LJP chief about the incident who pressured her not to file a case against Raj.

The woman then filed a complaint with the Delhi Police in May and moved a Delhi Court in July which has now directed the police to book LJP MP Prince Raj and his cousin Chirag Paswan.

In June, MP Raj, had denied all charges that were levelled against him and termed them as "blatantly false and fabricated".

He too had filed a complaint against the woman in February and subsequently an FIR was registered against her at the Parliament Street Police Station, here.

"I am extremely saddened by these repeated and malevolent attempts to misuse the well-intended laws for the protection of women of our country," Prince had said in a statement then.