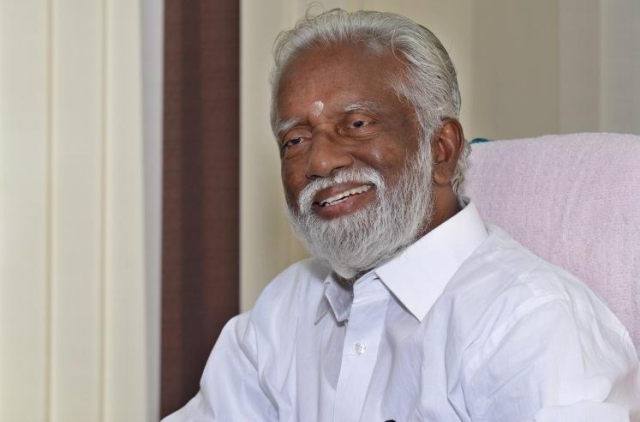 After the conclusion of Lok Sabha polls in Kerala, NDA candidate Kummanam Rajasekharan from Thiruvananthapuram has taken the initiative of recycling presents he received during the election campaigning, reports The News Minute.

“I have received more than one lakh cloth materials as gifts. We will convert this into things like cloth bag, pillow cover and other value-added materials. The segregation process has also been started,” the former Mizoram governor wrote on his Facebook page.

Various people have appreciated Rajasekharan for the unique initiative. The former Kerala State BJP President also plans to make ‘grow bags’. These bags are used instead of pots which are used to grow plants and use boards which were employed during election campaigning.

“We aim to reduce the use of plastic bags and encourage people to use eco-friendly alternatives,” said Rajasekharan in the post.

Another NDA candidate, Alphonso Kannanthanam from Ernakulam, has asked his supporters to clean things which were used during campaigning and were found lying around in the constituency.

The candidate also had said that he would himself be a part of the initiative and clean the wall posters on Thursday (25 April).

NDA candidates are not alone in launching clean up drives after their campaigns. LDF candidate from Ernakulam P Rajeev has also called upon supporters to clear campaign posters and signs from streets in the town.