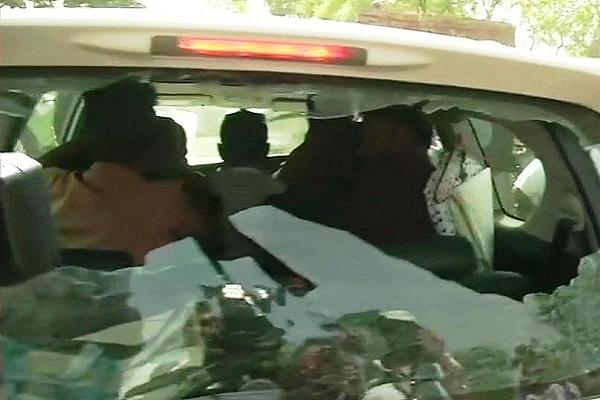 Union Minister and incumbent BJP MP from Asansol Babul Supriyo’s car was vandalised in Asansol, which resulted in fingers being pointed at the ruling TMC brass, ANI has reported.

This was followed by a clash between TMC workers and security forces at a polling booth in the area.

Earlier villagers had boycotted polling in two booths located at Jemua Jemua's polling booth number 222 and 226 due to the absence of central forces. This led to a voting suspension in the two booths.

A security personnel can be seen observing the same while doing nothing to prevent it.

TMC workers have also been accused of booth capturing in various party of the constituency by the BJP candidate Kalyan Choubey.