BJP MP Takes Her Son To Jail Over His Threat To Shoot Jyotiraditya Scindia, Dissociates Party From Action 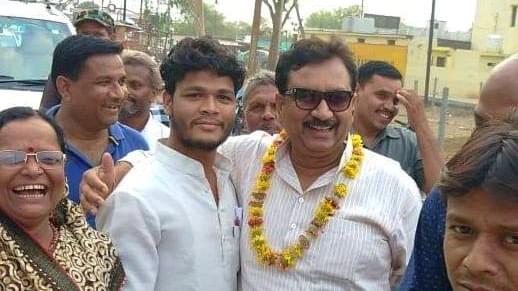 Uma Devi Khatik, BJP legislator from Madhya Pradesh took her son over to the police station after he threatened to shoot Congress leader Jyotiraditya Scindia.

In a Facebook post, her son Princedeep Lalchand Khatik had threatened to shoot Mr Scindia. "Jyotiraditya Scindia, you have Jiwajirao's blood running in your veins, who killed Jhansi ki Rani. If you step in Hatta then I will shoot you. Either you will die or I will," he said.

The BJP MP, however, apologised for her sons inappropriate behaviour.

This is no way to behave. He (her son) will have to go to jail. I myself brought him to the police station. My party has nothing to do with this: BJP MLA Uma Devi Khatik whose son allegedly threatened to shoot Jyotiraditya Scindia (03.09.18) #MadhyaPradesh pic.twitter.com/QbfFnfzTJR

"This is no way to behave. He will have to go to jail. I myself brought him to the police station. My party has nothing to do with this," she said.

ANI reports that she herself took her son to the police station, and held that BJP had nothing to do with the incident.

Following the announcement by the MP, there had been a lot of appreciation pouring in for her courageous and impartial act.