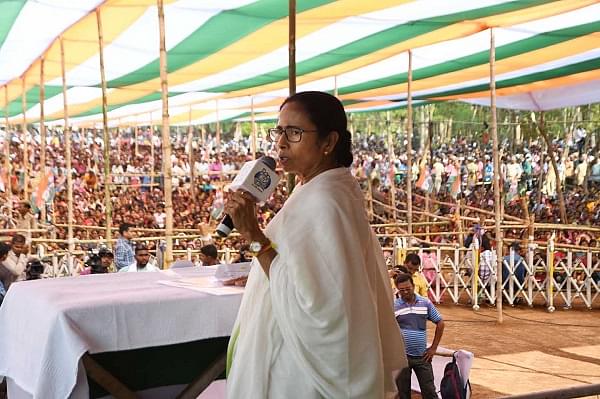 A BJP polling agent on Monday (6 May) was physically assaulted by Trinamool workers at Howrah’s booth number 261, DNA has reported.

As seen in the video, in the aftermath of the incident, a man in the blue shirt was seen viciously shouting at a women in red after she questioned about the incident that took place.

He was bleeding profusely when he was rushed to the local hospital. pic.twitter.com/r7eNi4cAqm

In the next video, the battered BJP worker is captured on camera bleeding profusely and his eyes look dazed and disoriented

This is just one of the instances where BJP workers and leaders has been assaulted or threatened by TMC goons.

It was recently reported that the grandson of Netaji Subash Chandra Bose was attacked by TMC goons while filing Lok Sabha nominations. Around 1,000 TMC workers had reportedly planned an attack on Chandra Kumar Bose outside his residence.

BJP Lok Sabha candidate from Hoogly, Locket Chatterjee had found her residence ransacked by on Friday (19 April) after returning from a Lok Sabha campaign. She had later blamed TMC goons for this incident.