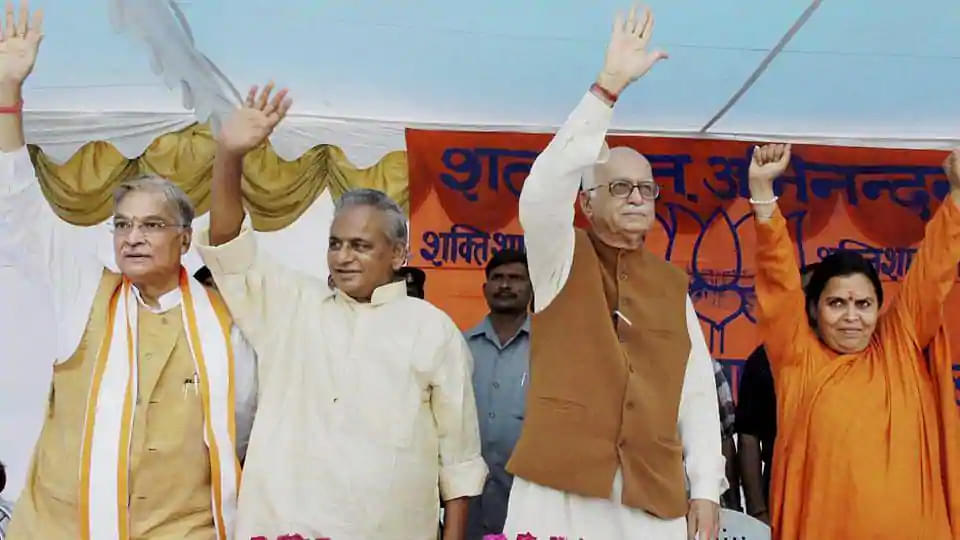 The 'bhumi pujan' ceremony of the Ram temple in Ayodhya is scheduled to be held on 5 August. As per reports, UP Chief Minister Yogi Adityanath will visit Ayodhya on Sunday (2 August) to review the preparations and security arrangements for the event.

Recently, a controversy had erupted over multiple reports claiming that Bharatiya Janata Party (BJP) stalwarts LK Advani and MM Joshi were not invited for the groundbreaking ceremony.

However, as per one ABP report, both the BJP veterans are expected to attend the much-awaited ‘bhumi pujan’ of the Ram Temple at Ayodhya via video conferencing. The report adds that the decision has been taken in lieu of the grim situation due to coronavirus pandemic.

As per NDTV report, both the leaders were invited via phone calls on Saturday by the trust set up to oversee the construction. The invitations are being co-ordinated by Champat Rai, the General Secretary of the Ram Janmabhoomi Teerth Kshetra Trust.

It should be noted that Prime Minister Narendra Modi is scheduled to lay the foundation stone of the Ram Mandir in Ayodhya after which the construction of the grand temple will commence.