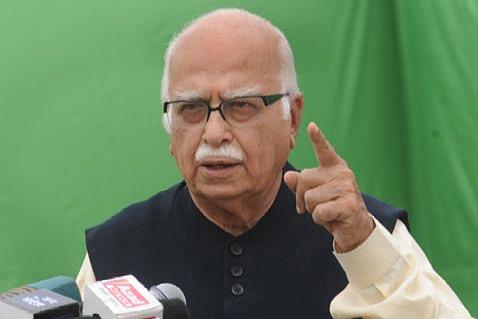 Bharatiya Janata party is expected to take a decision this week on moving the party veterans LK Advani and Murli Manohar Joshi to the Rajya Sabha, also known as “House of Elders”, a party functionary said, reports Hindustan Times.

According to the report, the party that won a massive mandate in the recently concluded Lok Sabha elections will also deliberate on a possible rejig in the organisational structure, including the appointment of a new party president to replace Amit Shah, who has taken over as Union Home Minister.

Following the decision of Advani and Joshi to not contest the 2019 Lok Sabha elections, there has been speculation whether the two senior leaders will be given berths in the Upper House of Parliament.

“They are both senior party leaders and have been a guiding force; so the party will take a call on their role at an upcoming meeting, which will be attended by the organisational secretaries and other senior functionaries,” the functionary said, as reported by HT.

As per the report, it is also unclear whether former external affairs minister (EAM) Sushma Swaraj, who had declined to contest the LS polls on health grounds, will be given a place in the Rajya Sabha.

There are 10 vacancies coming up in the Rajya Sabha over the next two months. Two vacancies are from Gujarat, two from Assam, one from Bihar and five from Tamil Nadu.

The BJP functionary informed that the priority of the party is to first secure Rajya Sabha berths for EAM S Jaishankar and Ramvilas Paswan, leader of BJP’s ally Lok Janshakti Party.