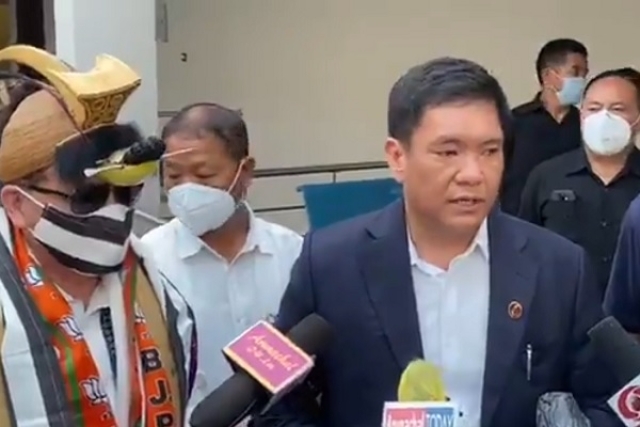 Rebia, who represented the northeastern state in the Rajya Sabha for two consecutive terms from 1996 to 2002 and 2002 to 2008 as Congress candidate, was declared winner after the withdrawal of nominations ended on Friday afternoon.

An official of the Arunachal Pradesh Election Department said there was no other candidate in the fray for the lone seat.

Mukut Mithi of the opposition Congress is the incumbent Rajya Sabha member from the state and his tenure will end on 23 June.

The 57-years-old Congress-tuned BJP leader Rebia had also served the state as the Assembly speaker and a cabinet minister.

In the 60-member Arunachal Pradesh assembly, the ruling BJP has 41 MLAs and the JD (U) seven. The Congress and National People's Party (NPP) have four each while the local People's Party of Arunachal has one legislator. There are three independent members.

The JD (U) and the NPP are the allies of the Chief Minister Pema Khandu-led coalition government.

Rajya Sabha elections would be held for one seat each in Manipur, Meghalaya and Mizoram on 19 June. The BJP and the NPP are the dominant parties in alliance government in Manipur and Meghalaya respectively while local party, the Mizo National Front, is governing Mizoram.