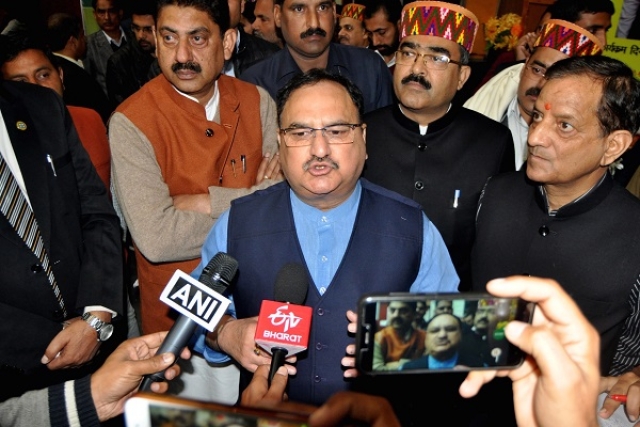 Bharatiya Janata Party (BJP)'s working president JP Nadda on Sunday (22 December) launched an attack on former Indian National Congress (INC) president Rahul Gandhi and challenged him to “even speak 10 lines on the provisions of the amendments made to the Citizenship Act”, reports ANI.

Speaking at a public rally in Indore, Nadda furthered his attack against Gandhi and asked him to speak just two lines on how the provisions of the new amendments hurt the nation's interests.

He said, “I want to ask Rahul Gandhi to speak 10 lines on provisions of Citizenship Amendment Act and 2 lines on the provision that hurts the nation. It is unfortunate that people who should come forward to lead the country, have not tried to understand basic things.”

Joining Nadda in the slamming Gandhi over his remarks against the Citizenship Amendment Act 2019, Union Minister for Law and Justice Ravi Shankar Prasad said in Patna yesterday (22 December) that Gandhi "does not do his homework."