Instead Of Blaming EVMs, Mayawati Should Ponder Why Dalits Did Not Vote For Her: BJP 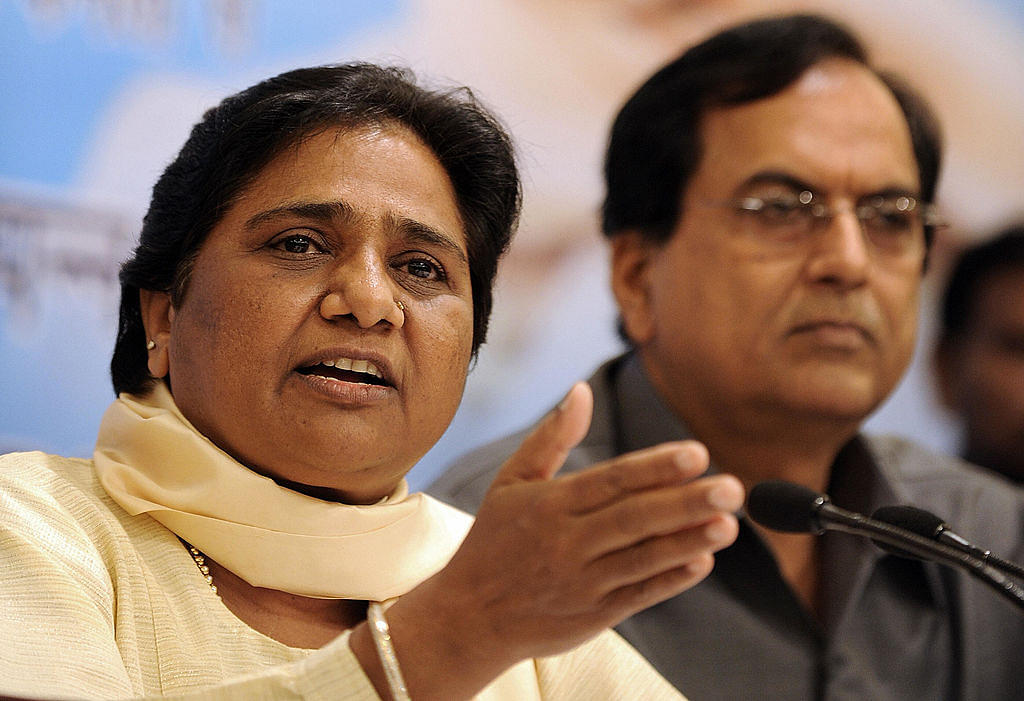 Mayawati blamed the EVMs for her loss in UP Assembly Elections. (PRAKASH SINGH/AFP/Getty Images)

Taking a jibe at Mayawati for making ‘false allegations’ against the Bharatiya Janata Party (BJP) regarding the Electronic Voting Machine (EVM) tampering row, the saffron party has called on the Bahujan Samaj Party (BSP) supremo to instead ponder over why the Dalit community chose to support Prime Minister Narendra Modi over her.

“Before pointing fingers at others, Mayawati should first look into herself and her party. She is filled with faults and mistakes and so is her party which rightly proves her name. Mayawati should actually think why did the Dalits who support her voted for PM Modi, then only she can improve and so will her party,” BJP leader Rahul Sinha told ANI.

Sinha further warned Mayawati that even after her poll drubbing if her behaviour remains the same, then very soon her party will vanish someday.

“My small advice to her is to try to overcome the flaws that she and her party have made during the Assembly Elections, then only she can move ahead in life. Otherwise very soon, Mayawati and her party will break and someday vanish,” said Sinha.