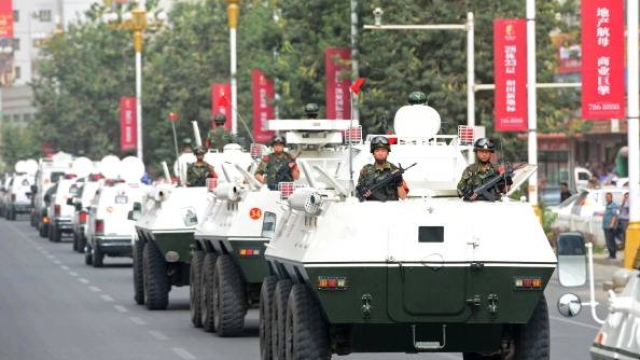 The new-generation battle tank named Type-15 by the People’s Liberation Army (PLA), was displayed for the first time at an exhibition to mark the 40th anniversary of reforms in China, The Tribune has reported. The exhibition was held at China’s National Museum along with other new weapons developed by the country.

The Type 15 tank has a 1,000 horsepower engine. This is significantly lighter than the PLA’s other main battle tanks in service. It weighs about 32 to 35 tonnes, compared to the Type 99 tank which weighs 54 to 58 tonnes. The Type 96 tank of PLA weighs about 42.8 tonnes.

Chinese defence ministry spokesperson Senior Colonel Wu Qian has said “As for the Type 15 light tank, according to my information, it has been handed over to our troops”.

The indigenously-developed tank had undergone trials on the plateaus of Tibet in June 2017 when the armies of China and India were engaged in the 73-day-long standoff at Doklam in the Sikkim sector.

Military analysts of China believe the tank could be quickly deployed to sensitive regions such as Tibet and the plateau border area if a dispute broke out with India.