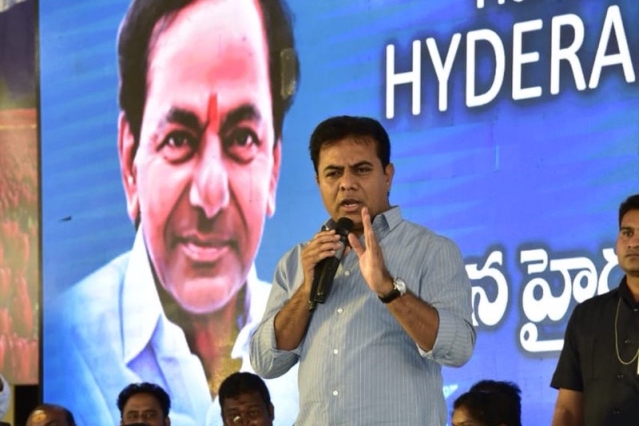 This move, seen by many as a precursor to KTR being made CM for KCR to concentrate more on the national arena, is also a strategic one, as it would help KCR retain control over the party while giving priority to the electoral promises, reports Deccan Herald.

The party statement said that with KCR’s decision to play a vital role in national politics and take the welfare and development programmes forward in the state, there would be an increased workload. To alleviate this, the statement says, “KCR has entrusted the responsibility of taking forward the party in accordance with his plan, to KTR, the most trusted person in the party.”

KTR’s working style and leadership and handling of party and government responsibilities, has led to KCR handing over this role to him, with a belief he will guide the party better in the coming days. With KCR trying to make TRS a national party, this could be a strategic step.

KTR, who won from his constituency for the fourth time, is a foreign educated State IT Minister with fluency in English, Hindi, Urdu and Telugu.

An awardee of the Inspirational Icon Of The Year - For Politics by CNN-IBN and Ritz Magazine Skoch Challenger of the Year 2015 and 2017, KTR holds two postgraduate degrees - MSc in Bio-Technology from University of Pune and MBA in Marketing and E-Commerce from City University of New York.

Shall serve to the best of my abilities to strengthen the confidence shown by people in the leadership of KCR Garu pic.twitter.com/s6NDJeJ4ZA