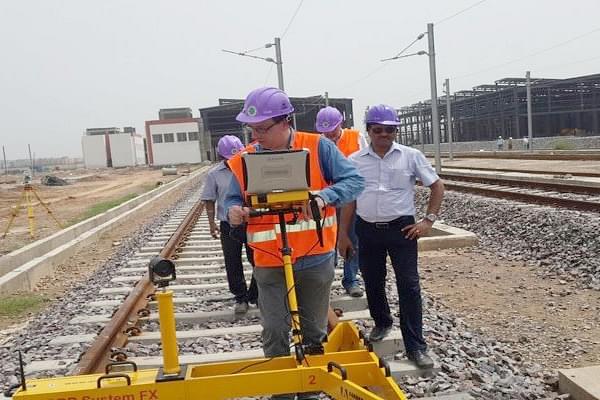 India is trying to strengthen its defence preparedness along the Chinese border and the topmost priority of the government is to establish rail link in the border areas. The rail link will also attract more tourists to these areas. Location survey of one such strategically important project from Leh-Manali has been completed by the Northern Railways, The Tribune has reported.

Vishwesh Chaube, General Manager of Northern Railways, told the paper that two more surveys will be done for the project for which meetings are being held.

He said that Union government had decided to have rail connectivity up to Leh. He also said that it would take about two years to complete the project survey and the construction of railway tracks and stations will be decided by the northern railways.

The Manali-Leh rail line project was approved by Cabinet Committee on Security in December 2015 and is one of the four strategically important rail project being built by Indian railways in order to fortify India’s border with China. The other projects being built by the Indian railways are Missamari-Tenga-Tawang, North Lakhimpur-Bame (Along)-Silapathar (249 km) and Pasighat-Tezu-Parsuram Kund-Rupai (227 km).

The survey project for Manali-Leh project proved to be very challenging for the team as the route from Manali to Leh remained closed due to heavy snowfall for almost five months.

The survey would include detailed study to know about the composition of terrain, geology of the area, feasibility of the railway line at the required gradient and whether the line could be laid in the area.

The proposed distance of railway line between the Leh and Manali is near about 498 km. Once the line would be operational, it would be the highest rail line in the world beating China’s Qinghai-Tibet railway.

Undoubtedly, the rail link will be of immense strategic importance. The region is linked to other parts of India through the Kashmir Valley. Unrest in the Valley or foreign invasion, as seen in form of Kargil incursions by Pakistan, threatens to cut off the route to this frontier part that is partially occupied by China.

In total the government is planning to construct 14 strategic rail lines along India’s frontiers. Once the rail track is commissioned, transportation of personnel and equipment to military bases in the region will be easier.