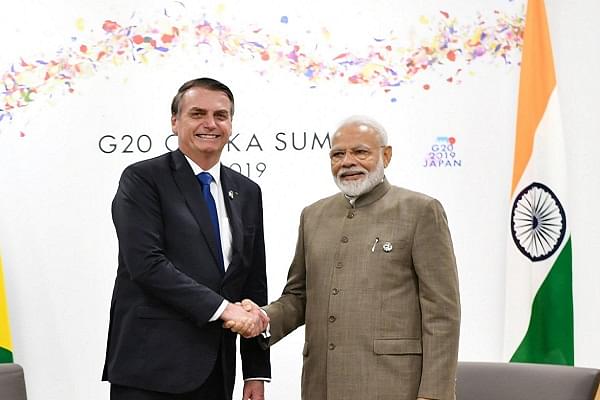 Amid rising COVID-19 cases in Brazil where the total tally of cases so far has surpassed eight million mark, President Jair Bolsonaro has reached out to Prime Minister (PM) Narendra Modi via a letter asking for two million doses of the Covishield vaccine which are being manufactured by Pune based Serum Institute of India (SII), reports Times of India.

In his letter, President Bolsonaro has said, "I would appreciate being able to count on Your Excellency's good efforts to anticipate the supply to Brazil, with the possible urgency and without jeopardising the Indian vaccination program, of 2 million doses of the immuniser produced by Serum Institute of India."

One of India's close partners as a fellow member of the G4, BRICS and IBSA, Brazil's Government has selected both Covishield as well as Bharat Biotech's Covaxin among the vaccines to immunise the South American nation's population.

It should be noted that President Bolsonaro has dismissed Chinese entity Sinovac Biotech's vaccine called Coronavac which is meanwhile being pushed by his political opponent Joao Doria who is the incumbent Governor of Sao Paulo.

Interestingly, the Chinese vaccine's Phase-III trials in Brazil were stopped midway after adverse incidents were reported among some volunteers. The trials of Coronavac were allowed to resume only in December.